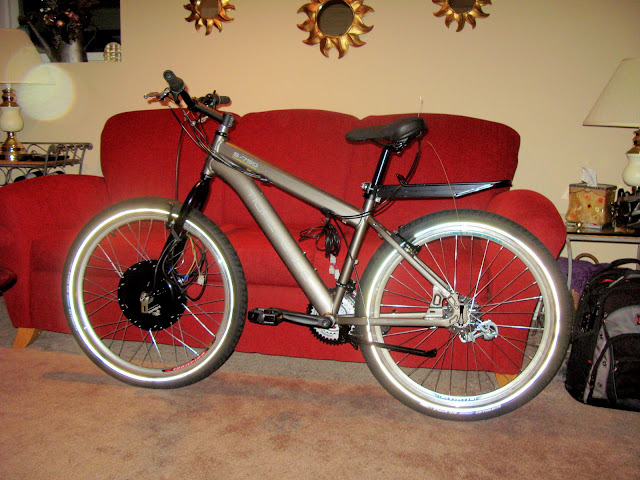 I put the bike roughly together last week just to see how it would look. I had a problem inflating the rear Schwalbe Big Apple with the 26" x 2.5" puncture resistant tube. The valve didn't stick up above the rim far enough to actually clamp a tire pump nozzle to it! I went looking for a Schrader valve extender or something similar to get me going.I went back to a great little bike shop called "City Bikes of Chevy Chase." There, I met Arsenio Bartolome who is a wonderfully helpful bike fanatic. I showed him the problem and his first idea was to order a bike tube with a longer valve. I told him that this was a 26" x 2.5" wide puncture resistant tube. I doubted that he could actually find a different tube with a longer valve!

He had an idea. There is a air hose right at the front door of the store. I had tried an air hose at the local gas station but the center of the air hose valve was too deeply set for it to actually turn on to inject air into the tire. The valve that Arsenio was using had a very shallow center valve actuator so he was able to inflate the tire! 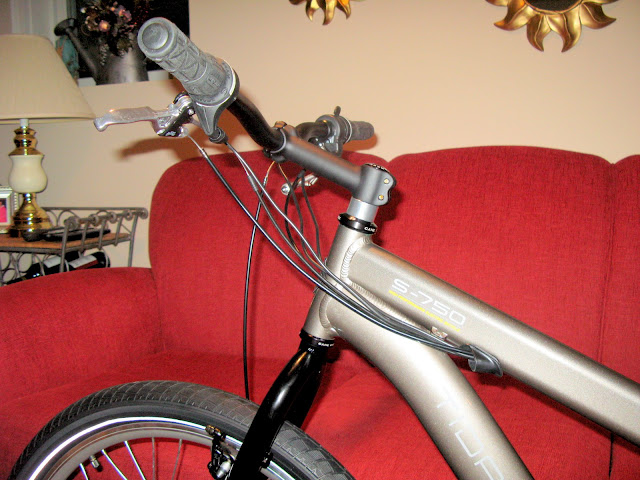 I put the bike together and connected and ran all of the cables from the brake/shifter handle grips through the cable guides which are neatly covered with two rubber flanges. The cable guides route the mass of wiring through two openings in the main tube of the bike so that they are very neat looking and don't interfere with lifting the bike since the wires are internal to the frame. A very neat and helpful idea.
Here's the front opening and flange. 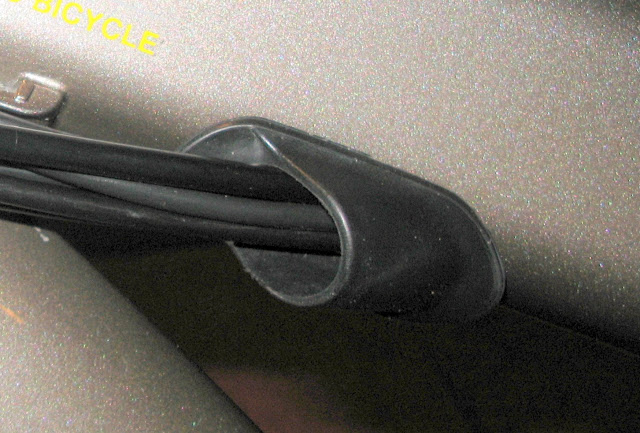 Here's the rear opening and flange. 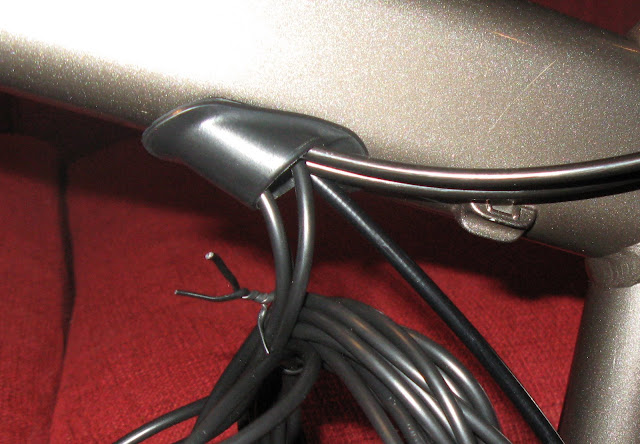