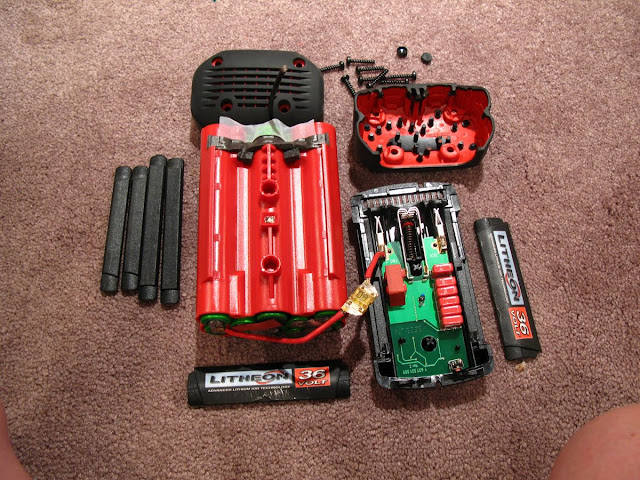 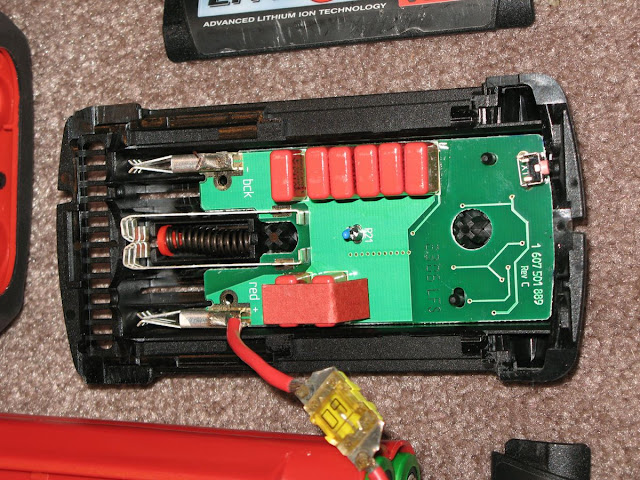 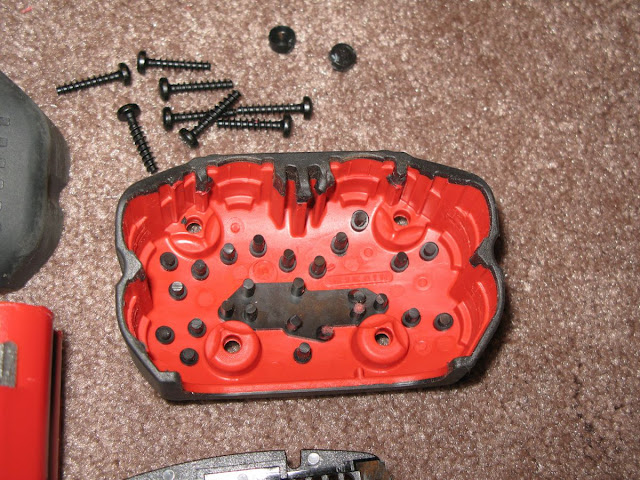 One of the end covers (amazingly complex molding)
The bike is in the shop so I decided to take apart a newish Bosch Fat Pack BAT836 36V battery for use with my ebike.

It has four screws on each end with one of them covered by a small plastic plug. The small plug can be popped out with a jeweler's screwdriver. Just slip it under one edge and the little rubber plug just pops out.

It's solidly built and very heavy duty. The case is a thick red plastic with 2 rubber coated plastic ends. The two ends are reinforced with protective plastic strips that fall out when the two ends are removed. The top cover where the battery would connect to the charger is also held in place by the two ends. Once the ends are removed, the port and charge state LEDs lift up showing the two red (+) and black (-) wires.

All that is needed is to drill two holes in the ends and route the short red and black wires out those holes and reattach the two ends. Simple and neat.