Well, after about a week, I finally took apart the Makita 18V packs to see what shape the batteries were in. I examined each group of cells to see which ones are good and which ones aren't.

Of course, finding these packs is not extremely easy. You have to find a reputable reseller of recovered rechargeable batteries and be willing to accept a fair inconsistent set of batteries, find the bad ones and replace them and then reconfigure the packs to your liking. It's a fair bit of work, but the price is right. 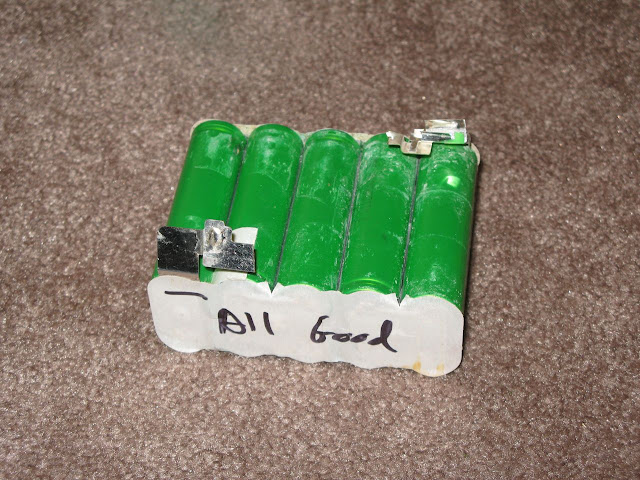 Here's a pack with all ten cells in good shape. They are a bit dusty after many months of use. 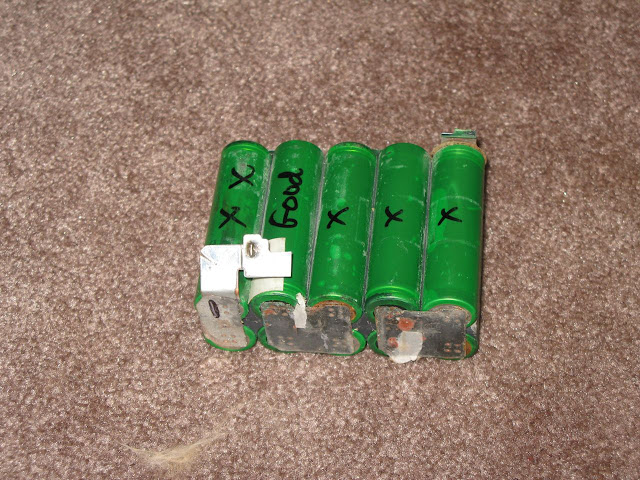 Here's a pack with only 2 (hopefully) good cells. You measure each cell individually to see which ones are below standard. In order to open these packs, you'll need a long reach Torx T-2 Security bit. Security bits are the torx screwdrivers with a small hole at the very tip of the tool which prevents it from working with anything but the security bits. Be prepared to buy the special screwdriver or face a daunting task of cracking open the case!

Here's a shot of a Bosch Fat Pack opened up alongside 2 Makita packs. Similar sizes but the Makita packs are stacked evenly and not staggered like the Bosch. 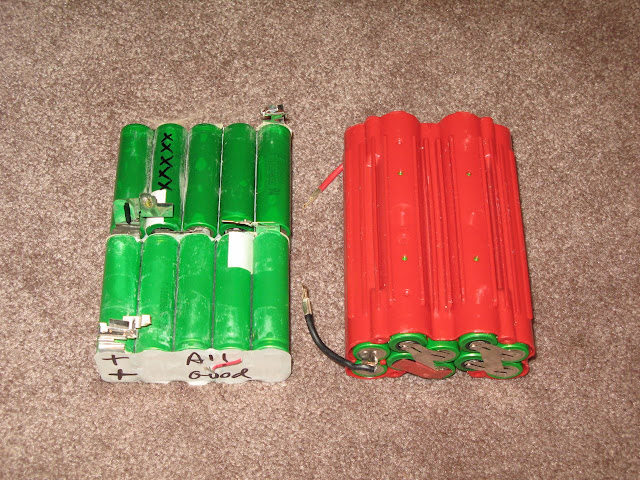 More later,
Ambrose
Posted by AmbroseLiao at 1:26 AM