I've decided to sell one of my Tidalforce bikes since I have way too many right now. It's the satin silver Tidalforce S-750X bike. I've listed it on eBay for a starting bid of $999 with a BIN price of $1,800.

Here are the glamor shots of it. 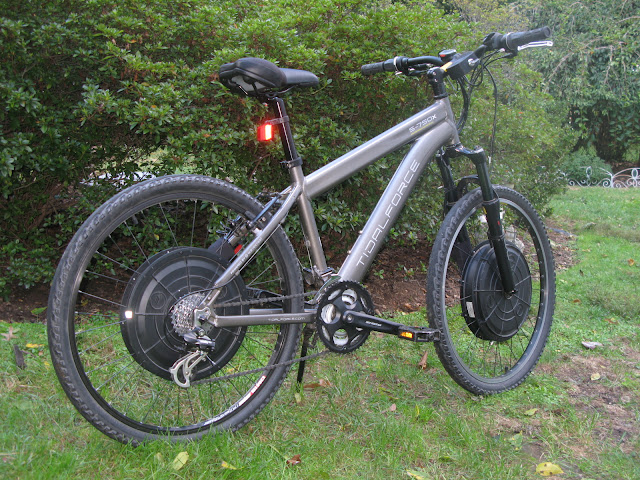 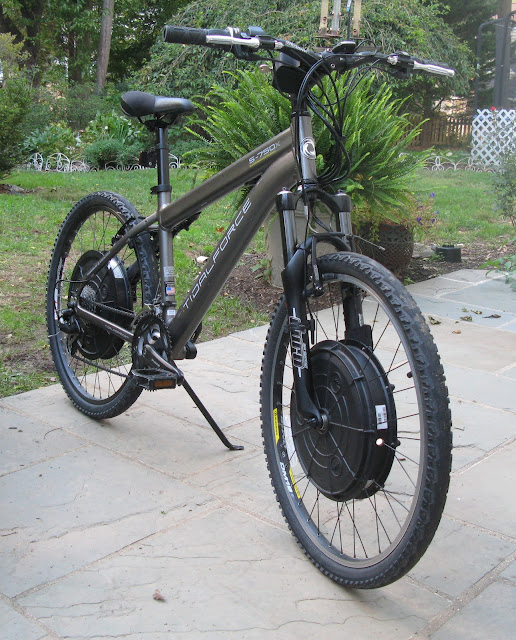 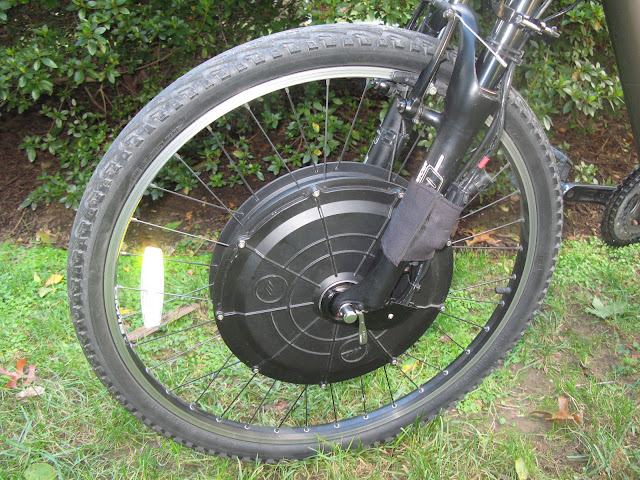 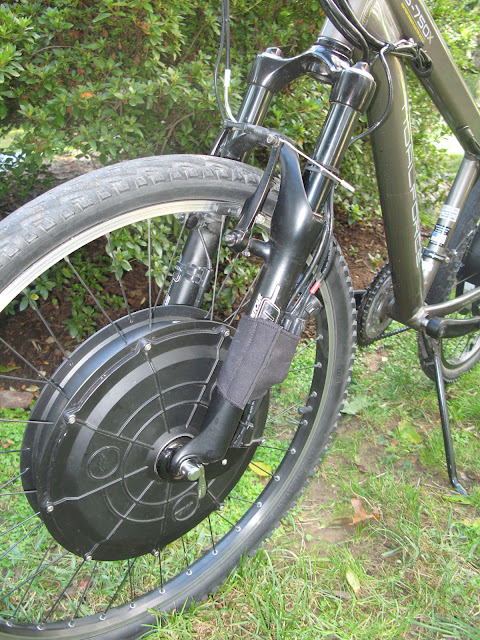 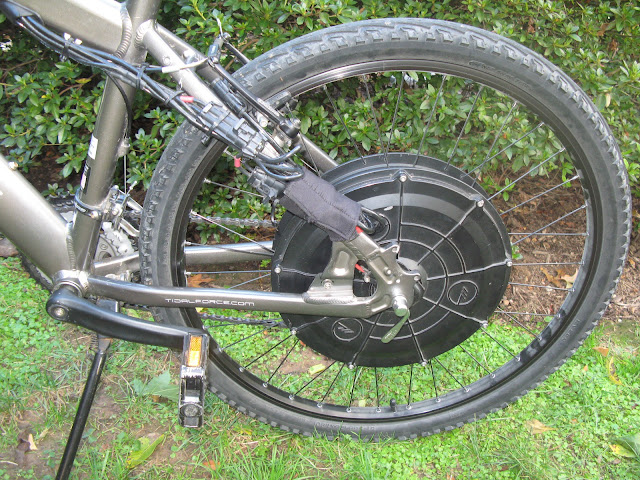 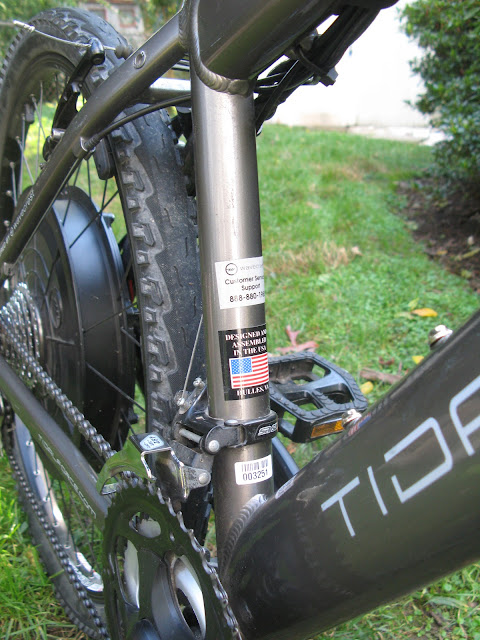 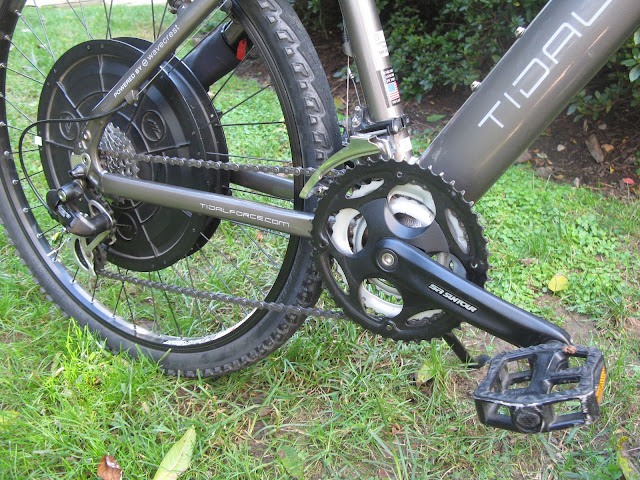 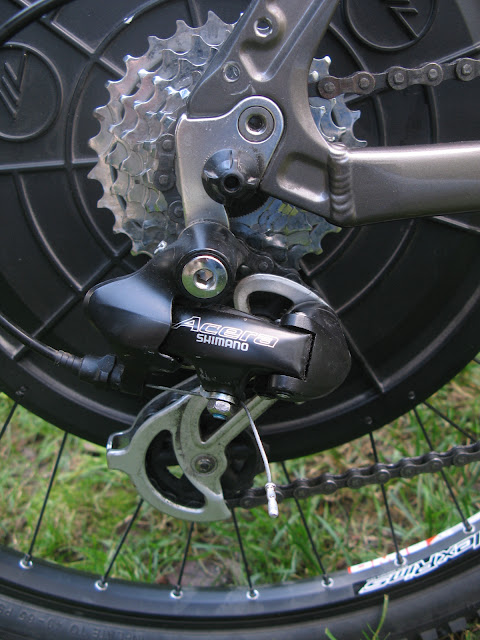 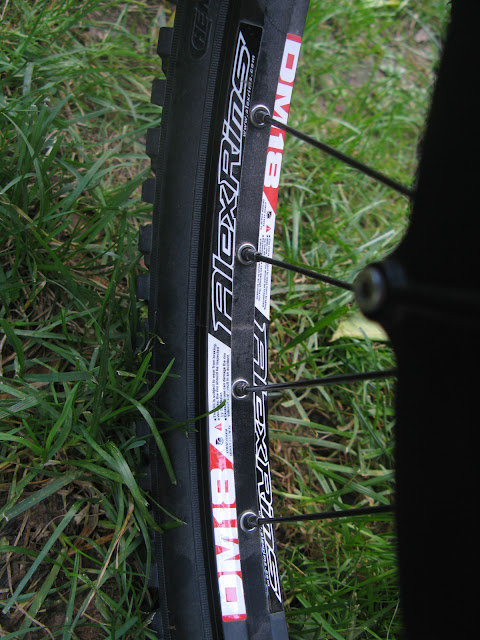 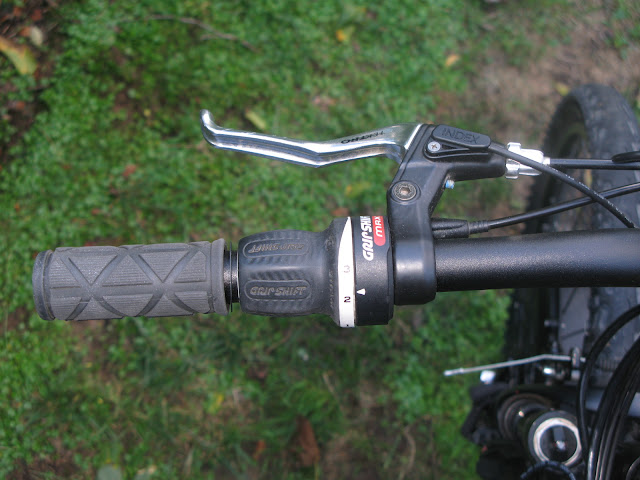 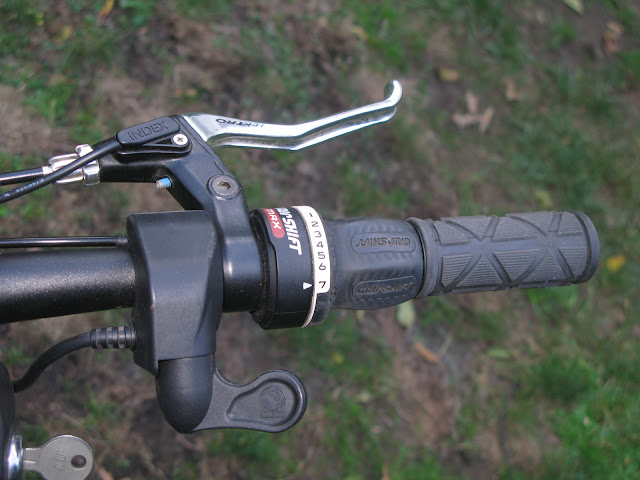 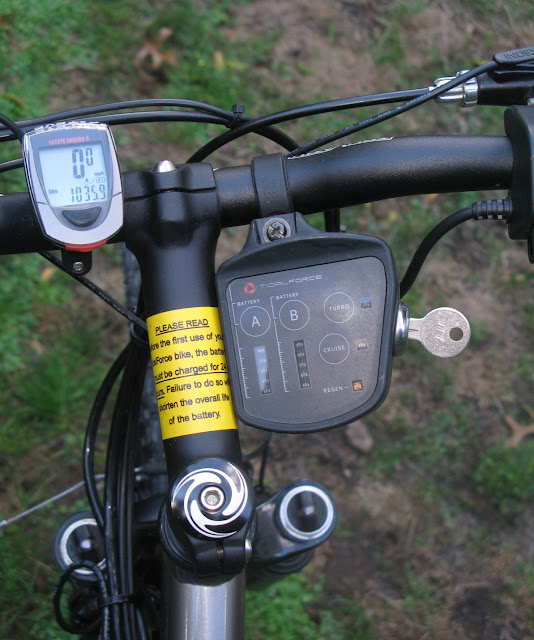 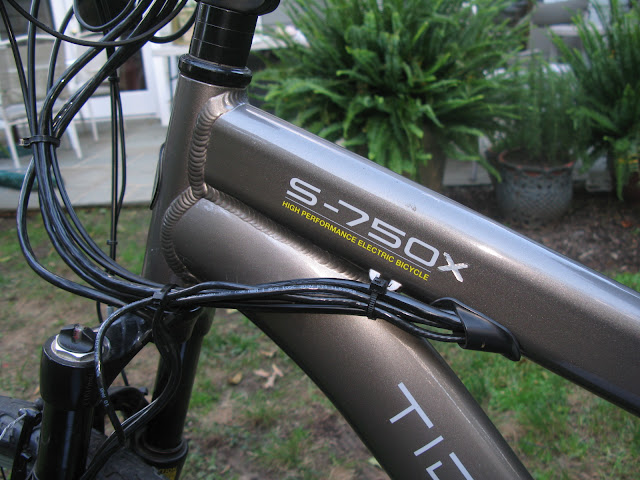 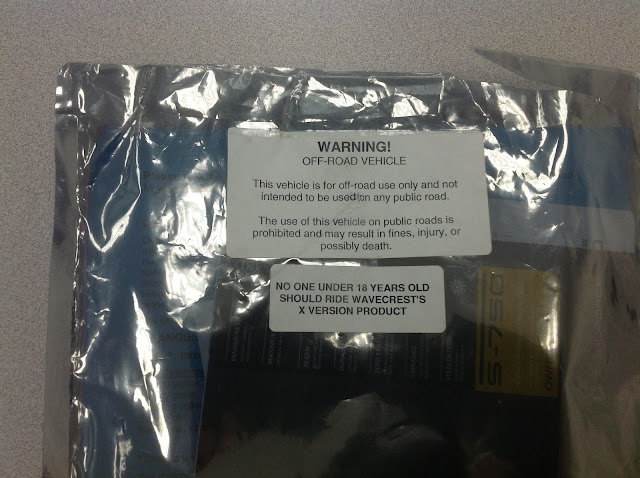 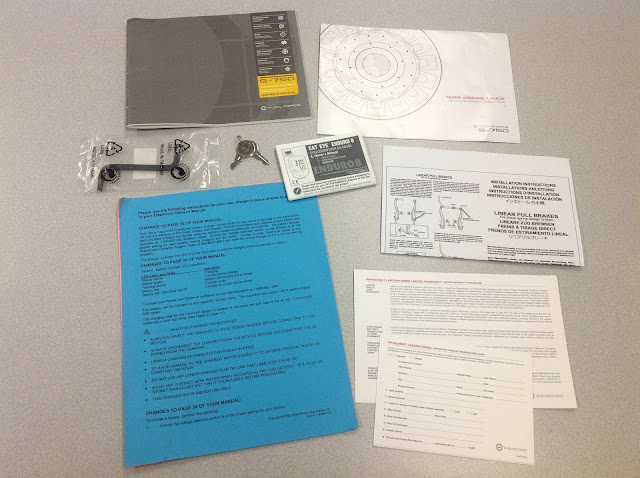 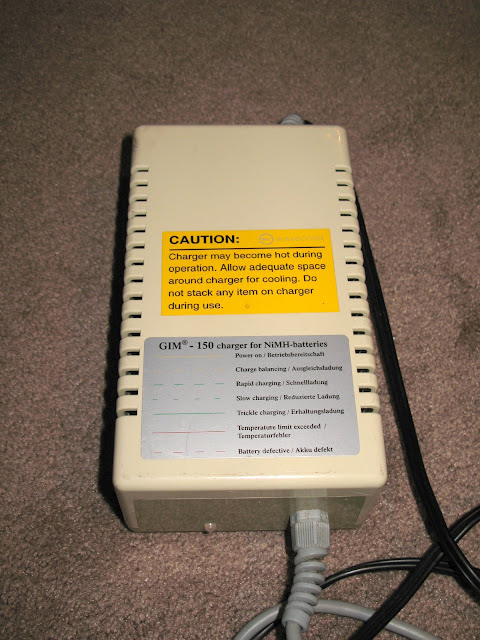 Tidalforce S-750X electric bicycle. Own a legendary bike as close to new condition as is available!This is a genuine and fully functioning Tidalforce 1000 watt electric bicycle made by Wavecrest Labs in Dulles, Virginia. This may be one of the last fully functioning Tidalforce bikes available since the company went out of business in 2006 and Tidalforce bikes/motors/batteries are scarce.Tidalforce was the one of the pioneer electric bike manufacturers in America. They were a subsidiary of Wavecrest Labs. They produced the highest quality electric bikes in the world at the time. Their motors are legendary for their durability and absolute silence and smoothness in operation. All components are very high quality and work smoothly. The original Tidalforce bikes were built so that they could be parachuted into military war zones and used as transportation during war times so you know they're built extra tough.Tidalforce bikes are known for their smoothness and silent operation. Because of the design of the battery built into the front hub and the motor in the rear hub, they produced a very stable, balanced, and smooth ride.The Tidalforce S-750X frame is a classic hard tail mountain bike frame. It is light, strong and beefed up in the appropriate places to support a high powered electric motor. The rear dropout is reinforced with extra bracing to eliminate flexing of the frame. There are openings in the frame to route the wiring to eliminate the tangle of cabling typical of most electric bikes.The Tidalforce "X" motor is not speed restricted in Turbo mode so doesn't cut off power above 20 mph like other Tidalforce non-X bikes. Top speed on level ground without pedaling is typically 27 mph. It can easily go over 30 mph with pedaling. The bike has an auxiliary battery connector so the range can be increased by adding an additional third party battery to the bike. Typical range in non-X mode is 10-15 miles with the included front hub battery. The mileage you get varies with how hard you push the throttle and on the type of terrain and conditions you ride in!The 9Ah battery in the front hub is very strong. It is one of the last ones available from Wavecrest Labs and was found recently when Electric Motion Systems (the sister company that formed when Wavecrest Labs folded) was clearing out their warehouse of Tidalforce parts. I would consider it new old stock. The included German made battery charger can charge a completely depleted battery in 3-4 hours.The console includes a key lock for security, the Turbo mode button and has a cruise control button. Just ride to the speed you want to maintain and press the cruise control. 3 keys are included with the bike. There is a Cateye speedometer/odometer. The padded gel seat is in excellent condition. The kickstand is included. There is a water bottle mount in the frame triangle.The bike is used however it is in excellent condition. There are no significant scratches on the bike. There is no rust on the bike or chain. The tires are in excellent condition. The brakes have new pads. The gears shift smoothly. There are some scratches on the original pedals and ends of the crank arms which is not unusual. The bike runs beautifully and is ready to roll!All original documentation is included with the bike. No returns will be accepted and the bike will be sold as is.http://www.ebay.com/itm/180986420579
Posted by AmbroseLiao at 3:04 PM