Progress report on the 36/72V switch

I got some of the work I needed to do, done on the switch, however, the connectors I planned on using don't work as a screw-on connector for the switch so I only connected the copper pieces to the swtich. I first removed all of the screws, cut a small strip of copper and tapped and drilled holes into it to fit on the 3rd row to short out that section for the 72V configuration. I needed the copper to carry the current of the entire pack so wanted something really thick and solid copper.

W.B. Maske gave me a 6x8" piece approximately 3/16th of an inch thick. There's a gauge for this thickness. I think the person at W.B. Maske said it was 16 gauge. 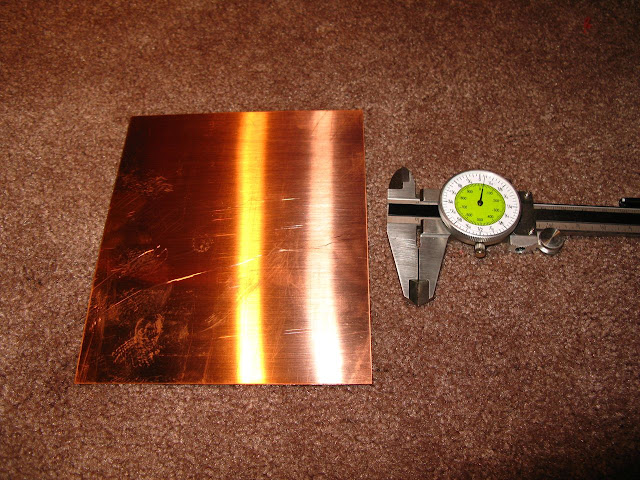 This is how I used it on the 4PDT center off switch. 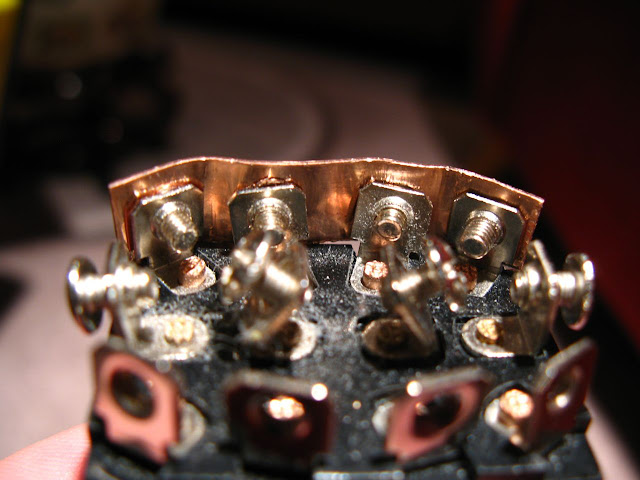 The screw posts are canted unevenly to each other so the copper wiggles a bit when the screws are tightened. 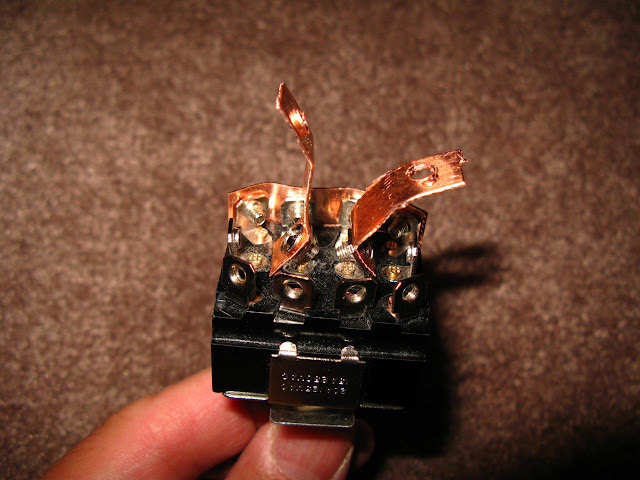 Finally, as I was running out of time, I realized that I needed to have a working system of some sort in order to ride my bike to work so I hurriedly put the pack back together using some spare Y splitters for this 4x 4-to-2-to-1 configuration. 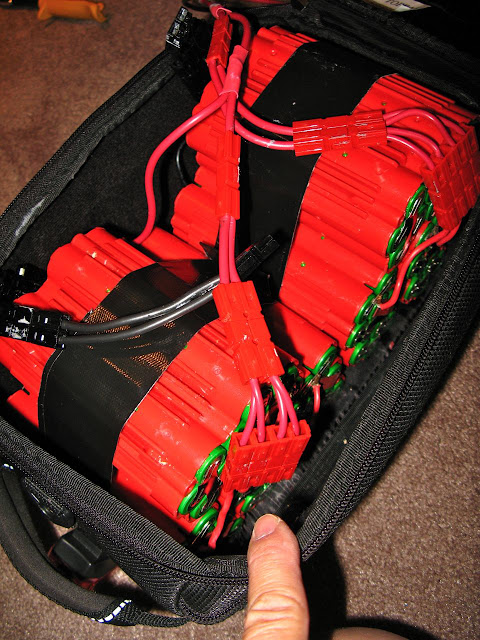 The picture is a little bit oversatured in reds, however, the packs are very, very bright red and look great in the sunlight.

Notice the mass of neatly arranged Anderson Powerpoles and cables? I moved the black connectors to show you how each group in the bag looks.

More later,
Ambrose
Posted by AmbroseLiao at 3:18 AM