I finally decided that I'd had enough of the single kick stand that I'd bought for my TF wasn't doing the job so I succumbed and bought one of Oatnet's double kick stands. My old single stand just couldn't keep my heavy bike dependably upright. I would often put the stand down and walk away and see the bike pivot the front wheel and threaten to fall over! My back motor and battery pack just was too much weight for the poor little stand.

This is the original thread where Oatnet posted his TF frames and parts. Unfortunately, the photos have disappeared with the Endless-Sphere crash a while back.
http://endless-sphere.com/forums/viewtopic.php?f=9&t=10748&start=0#p164988

I received the stand last week and installed it over the weekend. What a joy! It holds the bike up perfectly centered and bolt upright and doesn't get in the way of my pedals which was my biggest fear. I switched to the Shimano Tiagra road cranks in order to get the front 52T big crank and the pedals are closer together than the stock cranks that came with my Tidalforce S-750 frame. The double kick stand does not get in the way of the cranks or pedaling.

It folds out of the way very easily by just pushing the bike forward, the stand pulls back and starts folding up into the resting position. It's easy to deploy since stepping on the protrusions on the legs of the kick stand get it into working position and a quick pull back on the bike and the bike is firmly on top of the stand and very stable. The back Schwalbe Big Apple tire is firmly on the ground and the lighter front tire just barely makes contact with the ground. It feels amazingly stable. I can now adjust everything on the bike without leaning it against something. I'll really enjoy using this kick stand! 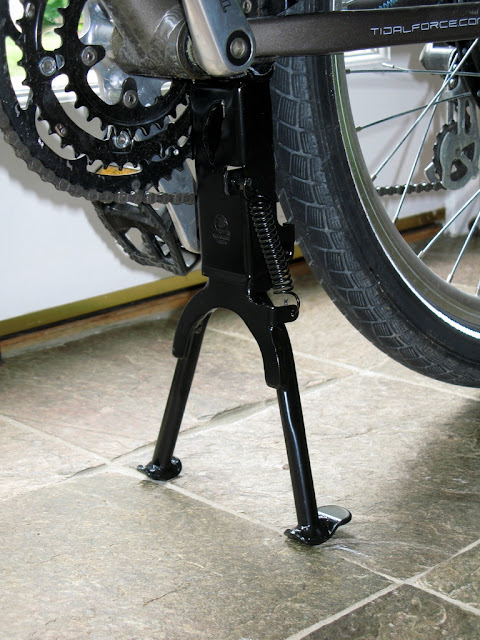 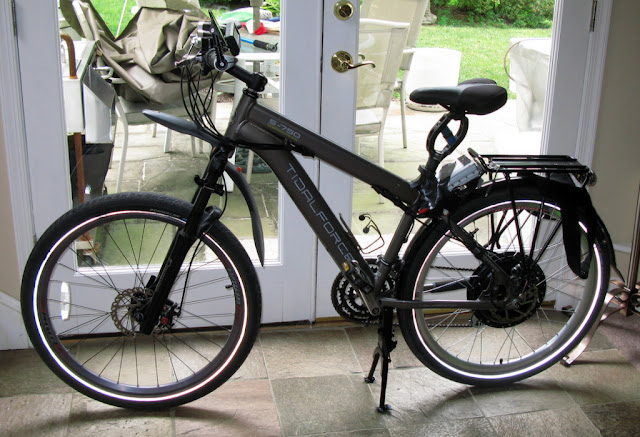 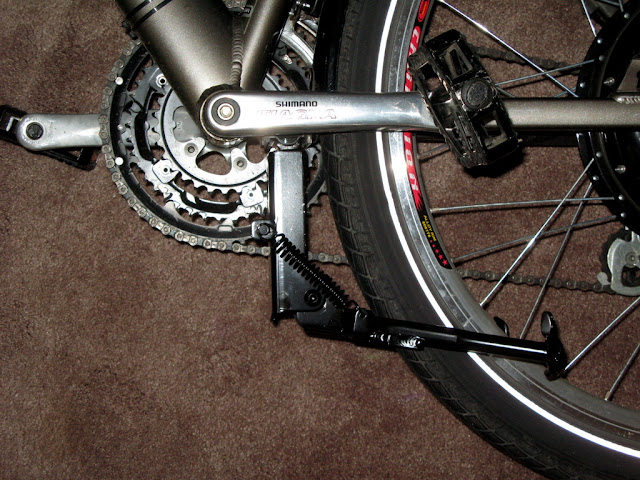 Kick stand in folded/resting position
Posted by AmbroseLiao at 12:55 PM