Since getting the CBA, I've had another thought on battery testing.

The CBA is a wonderful tool. There's nothing like it at the price, however, it's almost too much information. It also is too low powered for my needs. The only information I need from a tester is how many AH it can deliver and if it can hold a charge. I don't need the information loaded into my PC, although if there were an iPad app... :)

I can test batteries with my LBD if I could stop the discharge when the battery reaches it's low voltage cutoff (LVC) and can see how AH have been dissipated. I don't want the LBD to drain the battery to 0V and I don't want to have to sit there while the battery is testing to disconnect the battery when it reaches LVC! That's like watching grass grow!

So today, I bought another Cycle Analyst for this purpose. The Cycle Analyst has a function that will stop the battery from draining once it hits whatever LVC you set. It also shows how many AH were used when it cuts off. I can then use my much higher powered LBD to test packs and cells which is more like the real world since I tend to use more power than .5C which is what the CBA can do.

I couldn't do this with my older Drain Brain from ebikes.ca since it doesn't have an LVC function, but I can with the newer Cycle Analyst. I can also use the Cycle Analyst with my eGO scooter if needed. 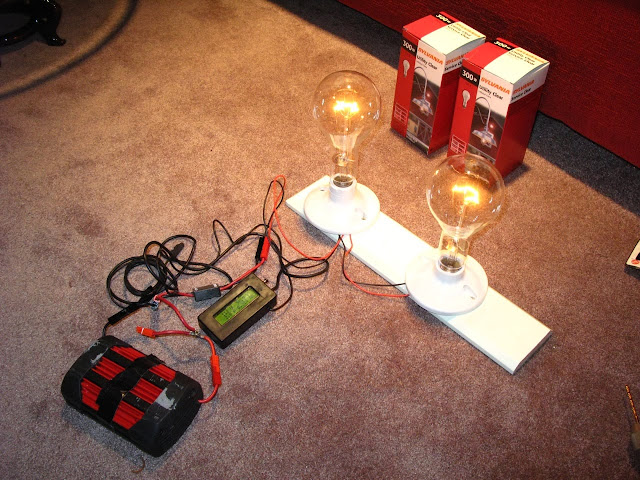