I've been following the thread relating to thermometers on ES for a while and was always looking at an inexpensive way to add internal temperature monitoring of the motor to my setup. I've had the Ikea Fantast for a while now and thought it was the perfect thermometer to add to an ebike. 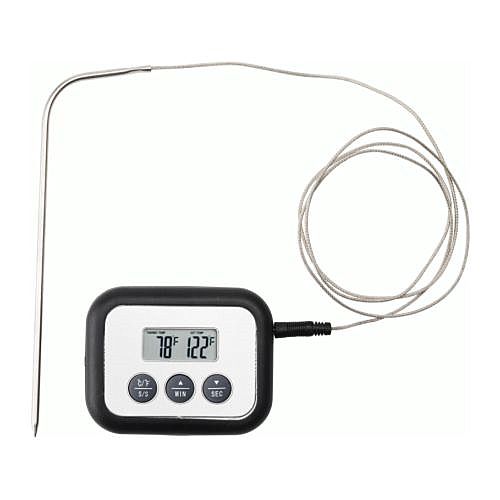 I finally tried to take it apart last night and found it surprisingly easy.

The probe is a stainless steel tube with the cable going in one end and a knitting-needle type point on the other end. The cable is held in place by a crimp near the exit hole. I used a large pair of pliers and squeezed the crimp to open it up. After a couple of minutes of trying, the crimp was almost gone. I gently pulled out the wire thinking that it might be glued in and found that it slipped right out! 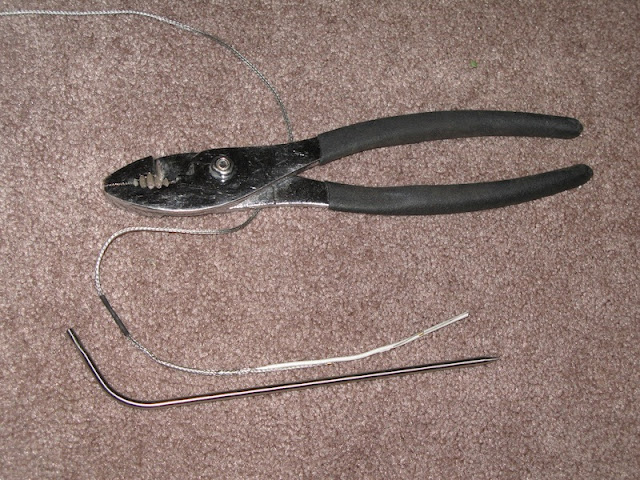 The wire seems to be the sensor! Here's a closeup. 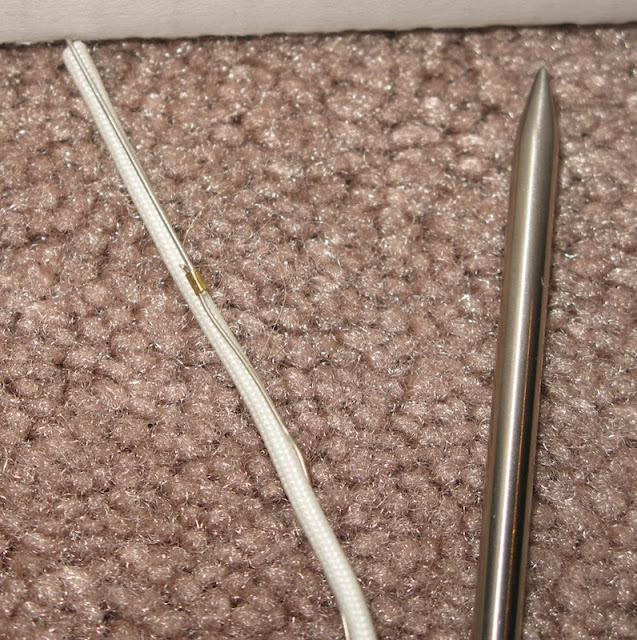 This could be easily attached to the inside of your motor with some silicone caulk and the stainless cable wire threaded out through the axle since it's so thin. You could then mount the display closer to your line of sight and keep an eye on motor temperature. The jack also looks to be a very common size so it may be very easy to extend the length of the cable.

The display unit is also very nice. It's stainless steel with a plastic/rubber bumper around the outside. The display digits aren't very large but it seems adequate. 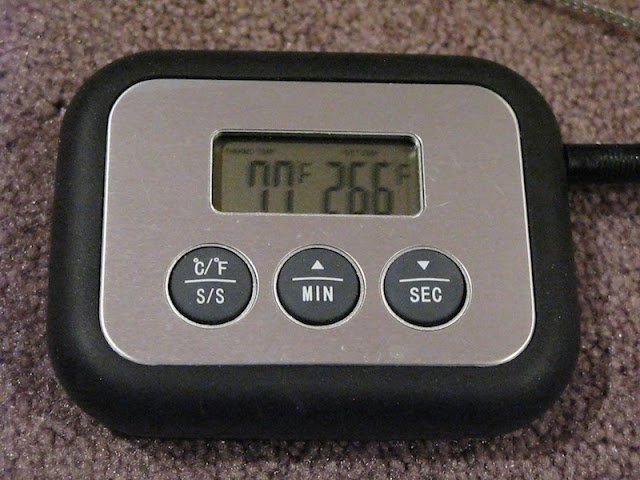 The display shows current temperature on the left and the alarm setting on the right. 266 °F is the maximum temperature setting and it's probably high enough for ebikers. I don't know if you'd need anything higher since it's 54 °F hotter than boiling water! The three buttons are also very clear and easy to understand. The left button changes the display from °C to °F. The middle button adjusts the alarm temperature up and the right button adjusts the alarm temperature down. There is a U shaped metal stand that can pop out of the back. There's a Timer/Temperature switch. There is also a handy magnet embedded in the back which allows you to slap the display on to anything ferrous. It uses an ordinary AAA cell instead of button cells and does not have an on/off switch which I found troubling, however, I've had the probe for about 6 months now and the original AAA is still going strong.