My Tidalforce stable has grown, thanks to eBay!

This was a very exciting and productive weekend for me. I was able to win a couple of Tidalforce bikes on eBay.

First was the one that I had wanted for quite a while: the Tidalforce M-750 frame with the front fork and no motor or battery. The condition was stated as NOS (new old stock). This is a very rare find in my experience. The markings are pure Tidalforce and Wavecrest Labs, however, the components are all Montague Paratrooper. The Montague Paratrooper is the legendary bike designed to be dropped from aircraft and deployed in battle. The Paratrooper's best known feature is it's ability to fold into a compact size which allows for easier transport and storage. Here are a few photos of the frame I won. 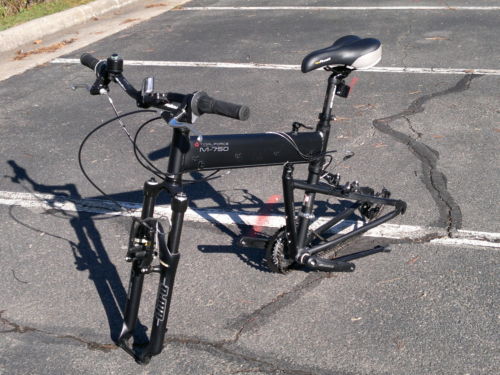 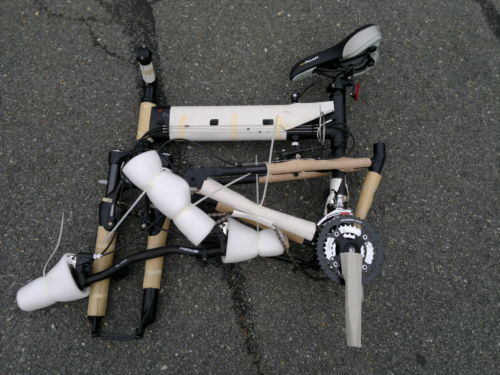 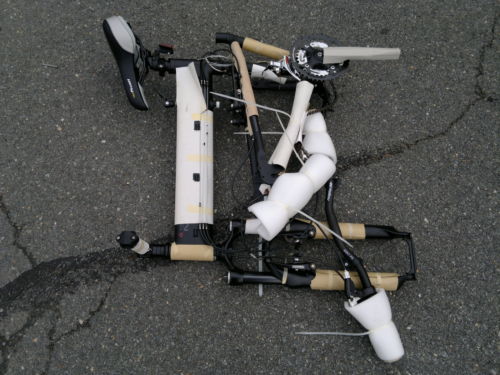 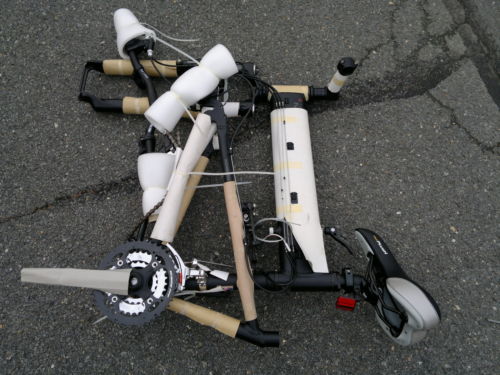 The second eBay win was a red Tidalforce S-750 with the 750W motor and a non-functioning front hub battery and a charger. I already have an S-750 in the darker gray color I bought from Deerfencer1 (Larry Hughes) as a frame only and built it out to be the bike I ride today, however, I've always longed for a red one since red is my favorite bike color! The motor supposedly works well but the front hub does not work. We shall see. Here are some photos of the red S-750 bike. 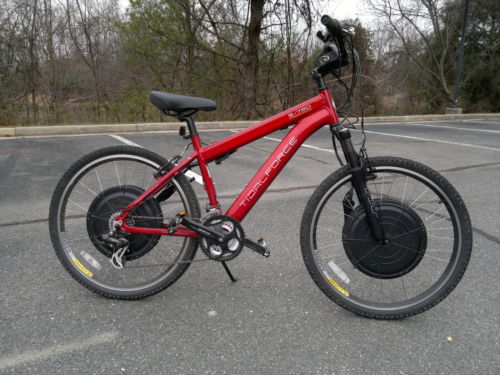 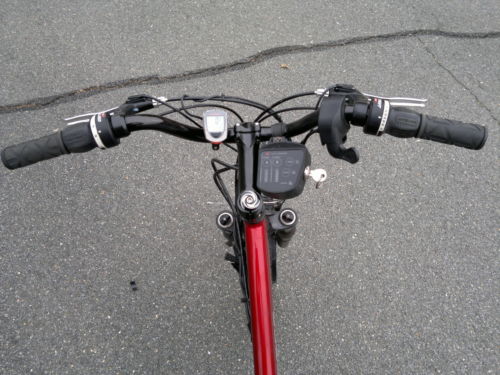 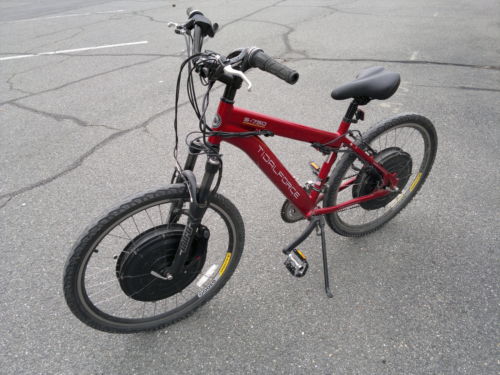 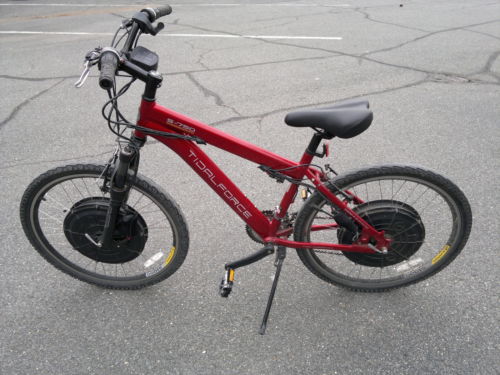 I'll probably be doing the hub battery upgrade on this hub and getting it back on the road!

I've been patiently waiting for my new GoPro HD Hero 2 to arrive. What I thought was a shipment notification to me was actually a shipment notification to my dealer in the mid-west. Oh well, you know what they say about a watched pot... As for the camera, it turns out I am getting the Motorsport model rather than the Outdoor model. The only difference is that the Motorsport model has a suction cup mount versus a Head strap mount with the Outdoor edition. I conjured up an inexpensive suction cup mount very similar to the official GoPro version except mine uses the GoPro tripod mount. I never used the head strap mount and my cheap suction cup mount wasn't very stable so I'm okay with getting the suction cup. The main problem with my mount is that it mounts the camera farther away from the base which allows the camera to bounce a bit more and introduces some jitter into the captured video. I hope the shorter GoPro mount will be more stable. More later, Ambrose
Posted by AmbroseLiao at 9:58 AM No comments: