Another Tidalforce bike (#6) joins the family...

Tidalforce bikes are like potato chips. You can't just have one!

I was looking to pick up another M-750 folding bike so that my wife and I can put our Tidalforce bikes in the car so that we can go for rides away from home. I decided to bid on one of the frames that "theboxwon" has been posting on eBay. The one I have now is an 18" which is the right size for me and the recent ones from "theboxwon" have been 20" models. Looking at the specs for both, the only difference between them is a small 2" extension of the seat post column on the 20" model. I have a Thudbuster LT on my 18" now and it's still not too tall for me so I am hoping that the 20" model will be fine as well.

More later,
Ambrose
Posted by AmbroseLiao at 2:34 PM No comments:

I went for a quick ride on my red Tidalforce S-750X last night. It was a lovely evening and I rode through Rock Creek Park by my house and ended up going through the Audobon Naturalist Society's Woodend sanctuary. As I was near the mansion, there were 3 deer (mom and 2 fawns) on the grounds. As I approached them within 10 feet on my silent Tidalforce bike, they looked up but were completely unphased by me on my bike! It's really thrilling to get so close to these beautiful animals. I know some folks find them a nuisance but I find them quite charming and elegant.

A thought occurred to me. Does this happen to other folks on other electric bikes? Does the Optibike or other noisier bikes have this ability to approach deer without frightening them away?

ambroseliao at gmail dot com.
Posted by AmbroseLiao at 2:28 PM No comments:

I realized that it has been many months since I bought the M-750 and so decided to finally "unbox" it last night. Here are some shots of it. I'll put on the front battery and motor after I try it as a bike first. 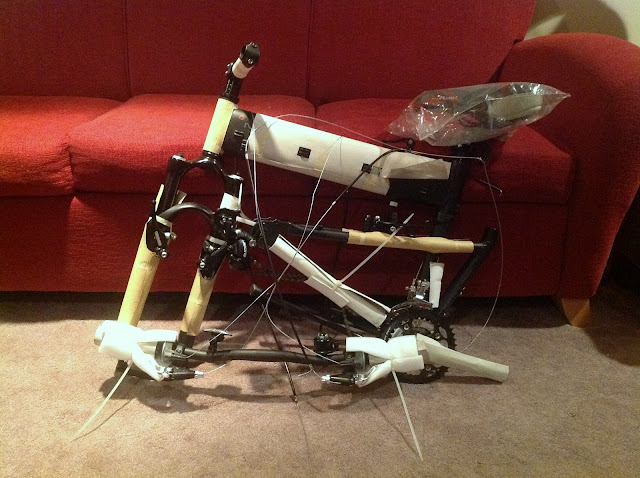 The bike as it came to me. All wrapped up in it's protective paper and foam wrapping. 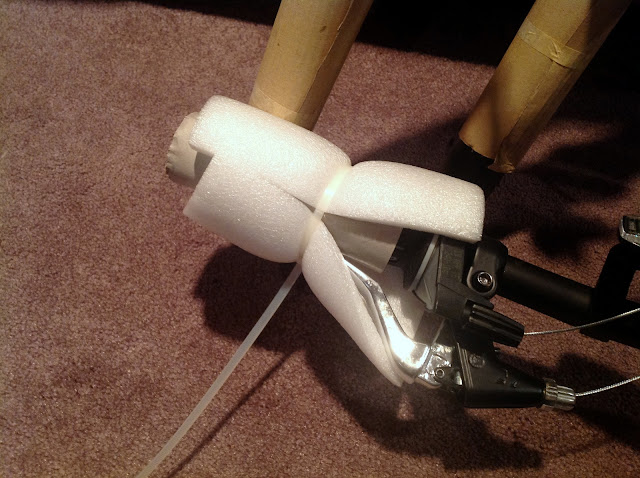 Here's one end of the handlebar tie wrapped with foam. 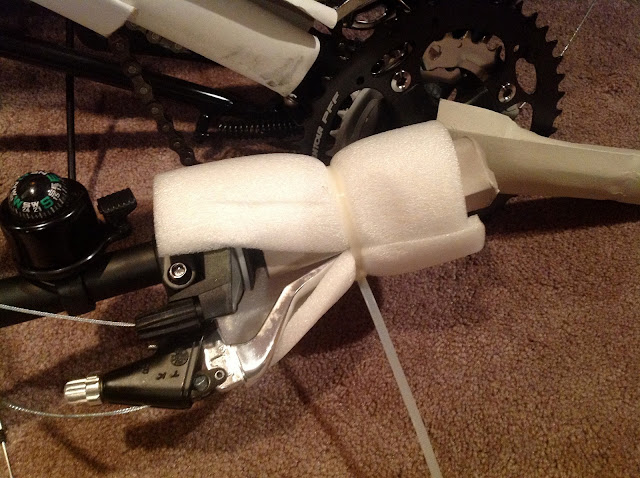 Here's the other end of the handlebar. 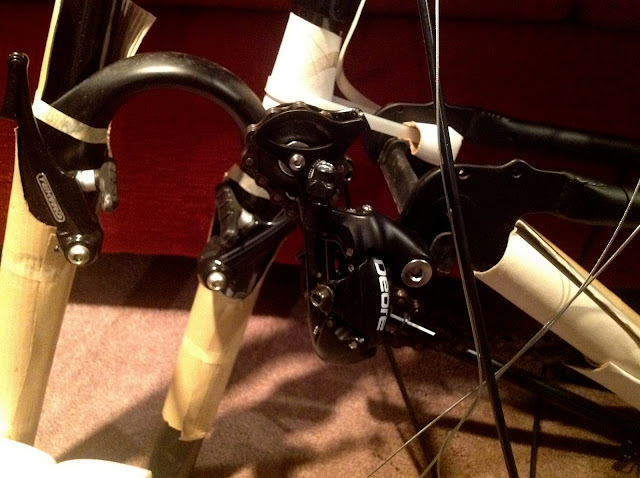 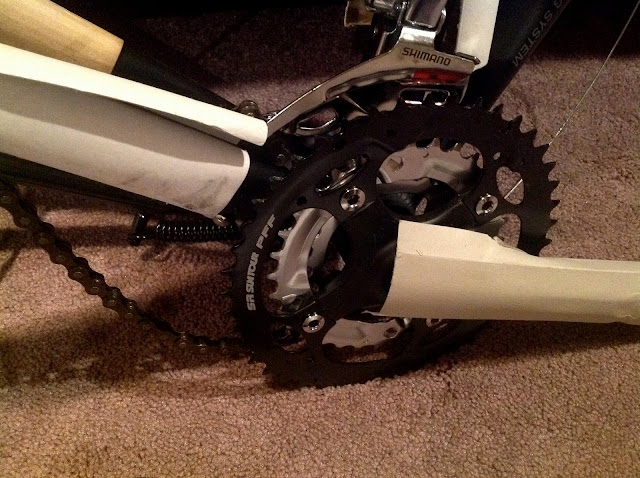 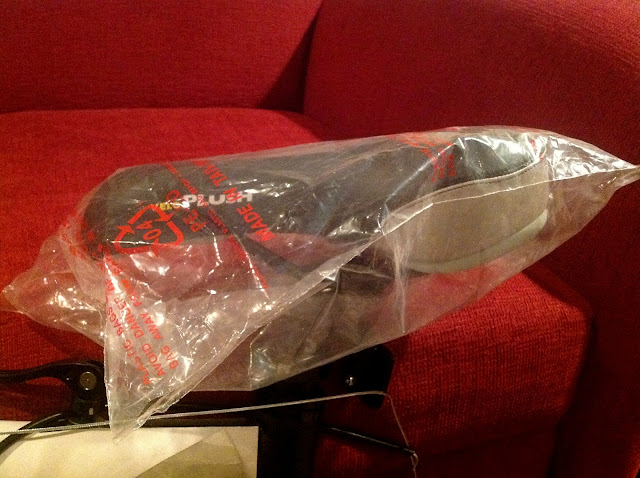 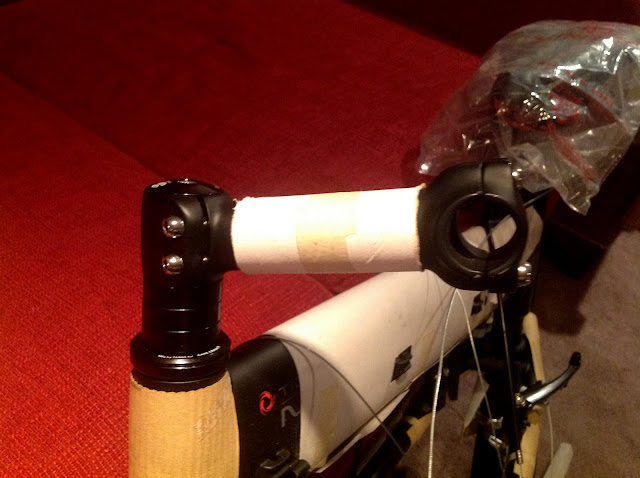 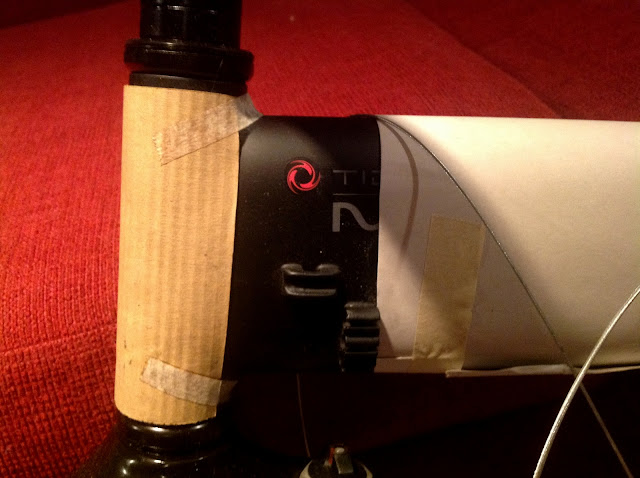 The M-750 label under cover. You can see the red swirly Wavecrest logo and the cable stays. 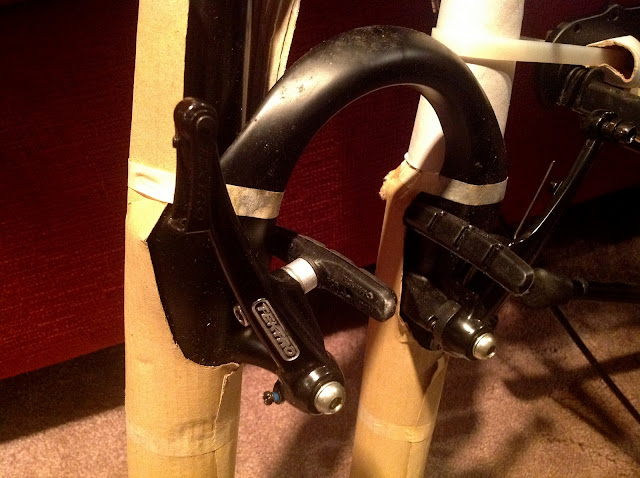 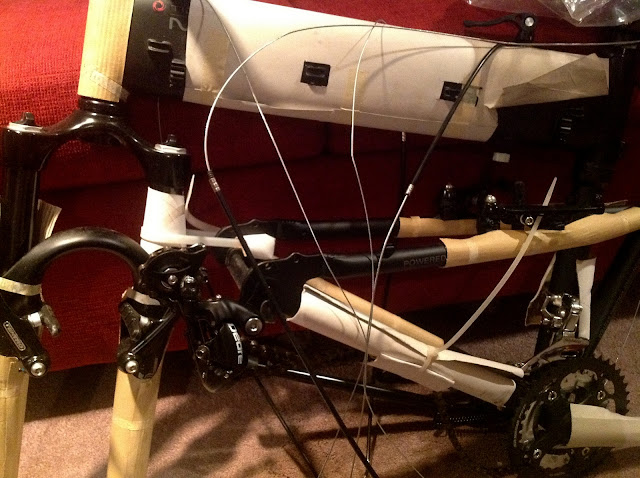 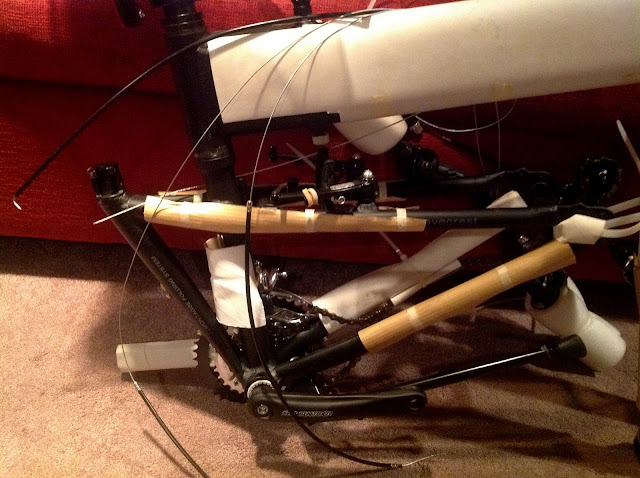 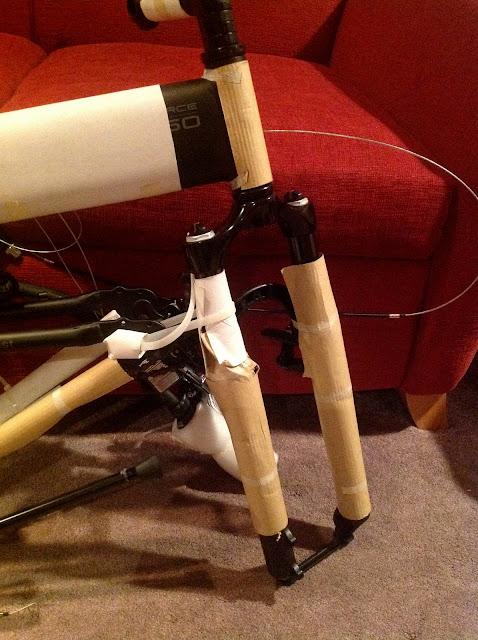 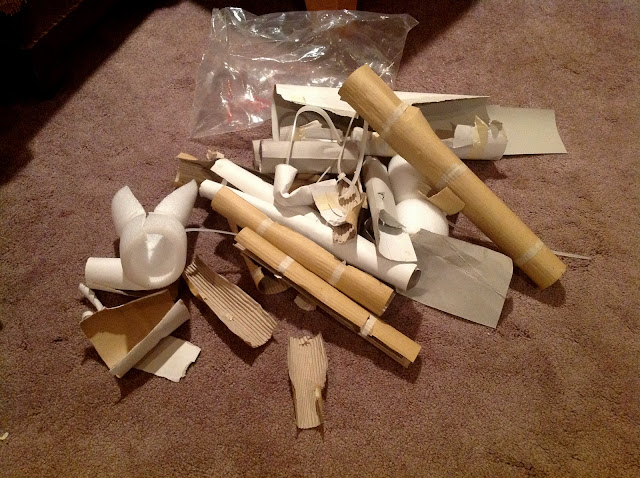 All the wrapping after removal. 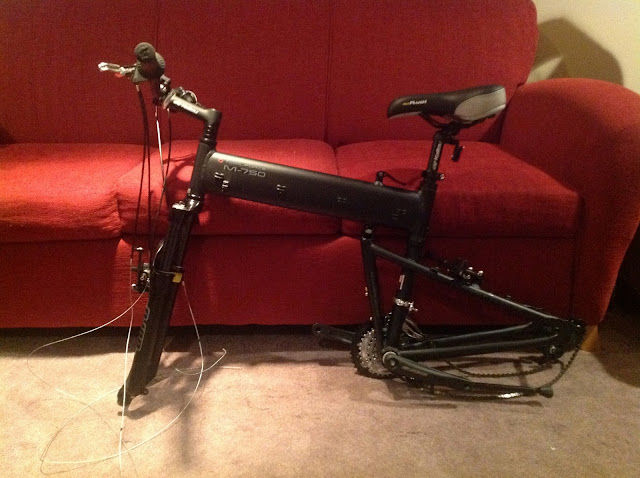 More later,
Ambrose
Posted by AmbroseLiao at 12:18 PM No comments:

Agnius Mikutavicius posted an amazing video of his, uhm, durability testing of the A123 cells. He first shoots it with a shotgun and when that didn't do much besides punch a huge hole through the middle of it, he decides to ram an iron rod through the opening to try and short it out a bit. It smokes a bit and then he decides to put a hatchet through another new cell.

I can't postage a thumbnail here since Agnius posted it as unlisted.

The results are amazing!
Posted by AmbroseLiao at 4:56 PM No comments: