I won an Optibike...

I was on Facebook and I had "Liked" Optibike for a while now. Craig in the marketing department put up a note saying that he'd give a polo shirt to the electric bike rider who put up the best picture to prove that they had ridden that day and I won! Of course, I don't ride an Optibike, but he didn't say that you had to ride an Opti!

Anyway, I'll post a pic of it when it arrives. 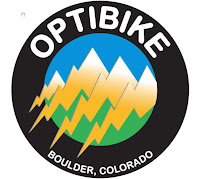