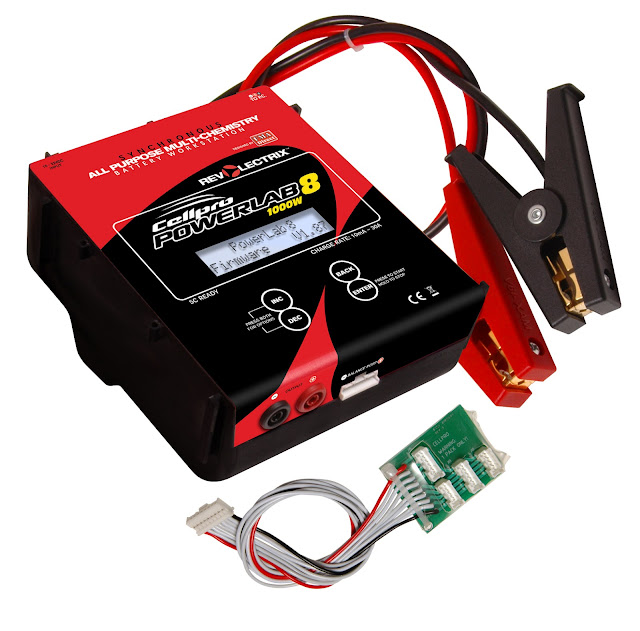 In transitioning to the A123 20AH Prismatic cells, I've been eyeing the different charger options out there. One of the top chargers in my eyes has been the Cellpro PowerLab 8 Charger. It's a very powerful, and easy to use charger that Jack Rickard at EVTV.ME has shown and likes a lot. Jack is a prolific and very professionally produced Youtube video producer. Each week, he puts out a one to two hour long show dedicated to electric vehicles and electric vehicle conversions. Highly recommended. Here's one of his shows featuring the A123 20Ah prismatic builds he's done.

Well, to get to the point I'm trying to make, I just bought one NIB (new in box) for a great price so I hope to get it soon to take a look at it working with my current batteries and soon (hopefully) with some A123 20Ah cells.