I was just cruising around eBay a few days ago and came upon a really great deal for a digital multimeter. The DMM I was using was fine except that it had tiny writing on the dial that I couldn't see very well. I also didn't like the fact that I misplaced it all the time. The one I bought is a Fluke 27. From the pictures and description, it looked very rugged as you would expect from a top name like Fluke and looked to be an autoranging dmm which I like since I don't like having to change the range on my current meter. The display was large and the dial was also very clear. There were only 4 buttons which I really didn't need to use so I was happy. Here's a picture. 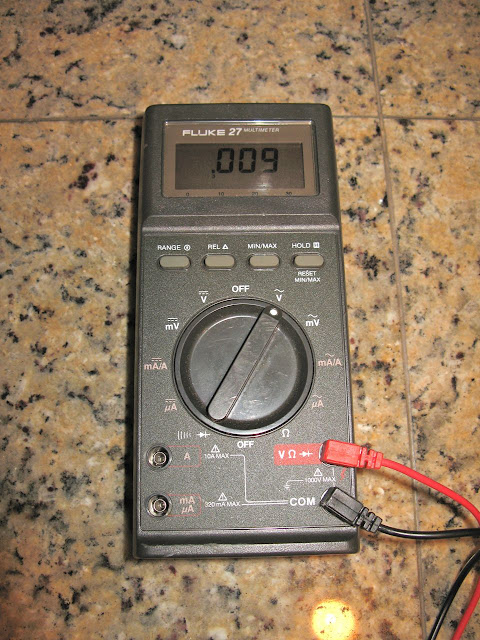 Here's my old meter. A cheapie from China. 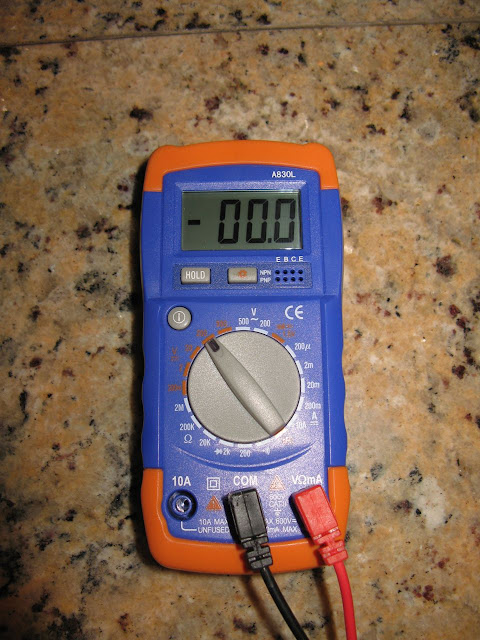 They look similar except for one thing! 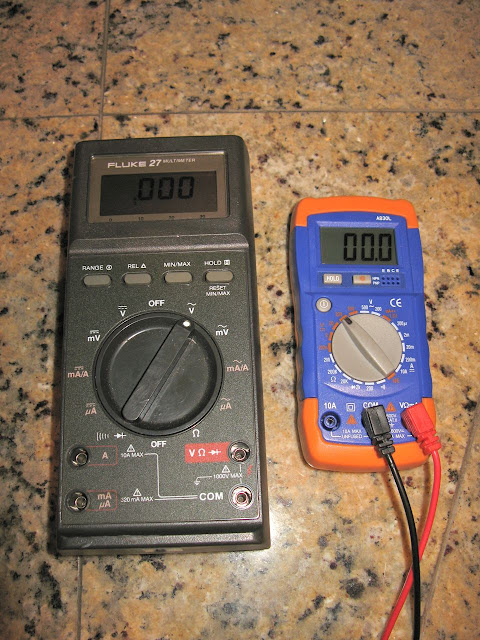 The Fluke 27 is about 4 times bigger than the orange and blue cheapie! It truly is built like a tank and is water resistant and has an O ring seal to minimize dust and dirt contamination. It really is built extremely well. The used price was terrific, essentially the cost of a cheap clone. I'm very happy. I will never misplace this meter ever again!

More later,
Ambrose
Posted by AmbroseLiao at 12:44 AM