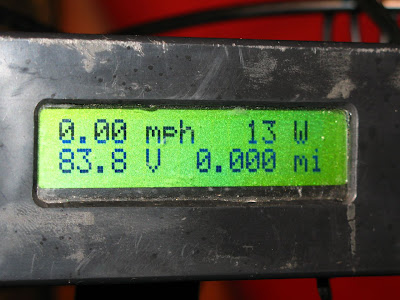 I've had my DrainBrain power meter from www.ebikes.ca for many years now on many different evehicles. It has been through a couple of crashes where it has busted the mount so I've used clear strapping tape to tape it to the handlebars and also Gorilla Tape as well as rubber bands. It looks awfully beat up. I've looked in vain for another case for it but was told to try some thick fake carbon fiber vinyl as a cover-up for the DB.

I just picked this up off of eBay for around $2.50 for a 9x12" self-adhesive piece shipped from Hong Kong. There are two kinds of vinayl carbon fiber: the black and white version and this black version. I ordered both and this black one looks a lot nicer. 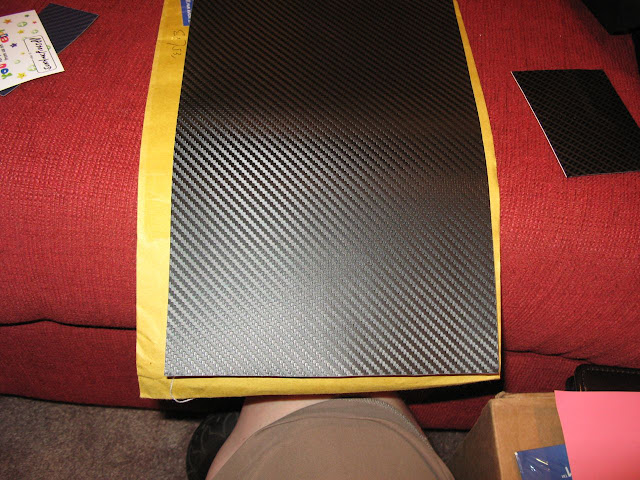 It has a very nice 3D look and feel to it. Of course, CF is no where as supple as this vinyl look-alike is, but that's OK. It's only going to be used to cover up the DB!

More later,
Ambrose
Posted by AmbroseLiao at 12:47 AM