I was able to unsolder the 8 leads that connect the NiMH pack from the BMS. The BMS also contains multiple thermal sensors which are on long legs and fit into small openings in the pack. It looks very strange when separated from the NiMH pack itself. 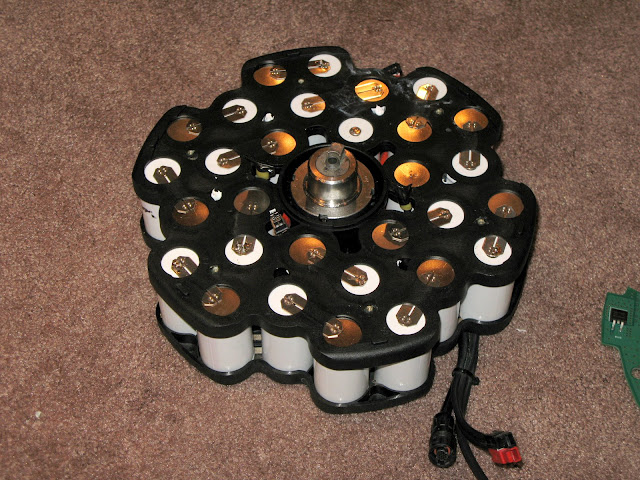 The battery with the BMS removed. 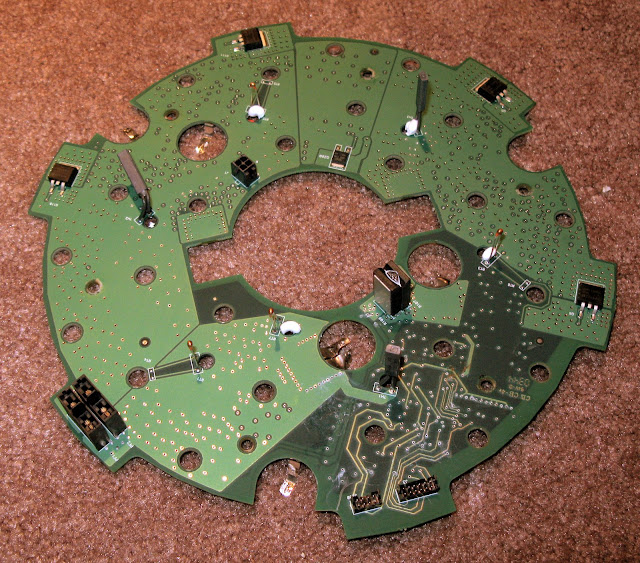 The Wavecrest BMS removed from pack. Note the fuse holders on the lower left and the data connectors near the middle bottom. 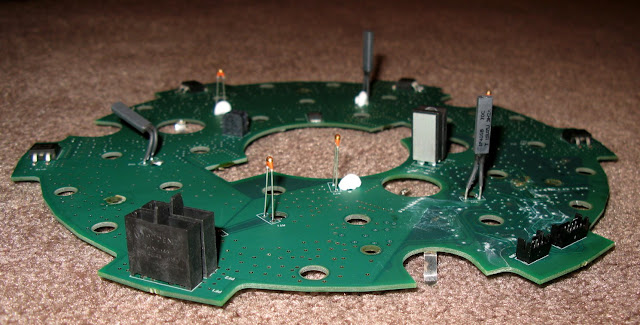 Here's the perspective view of the BMS. Note the tall fuse holders and the very tall thermal sensors that look like little towers. They come in three different sizes. The small orange ones, the gray tall blocks and the very solid large one located near the center circle on the right.

Now the trick is to separate the axle from the NiMH pack so that the plastic housing can be removed. It looks as if the plastic battery holder is sandwiched underneath the axle nut. The axle nut has four slots cut around the outside to hold a special bit of some sort. I could improve a driver for it, but would prefer getting the right tool for it. 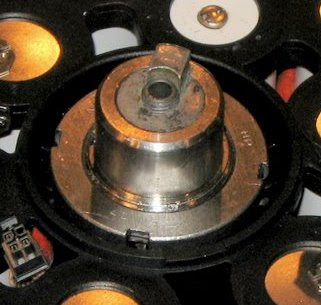