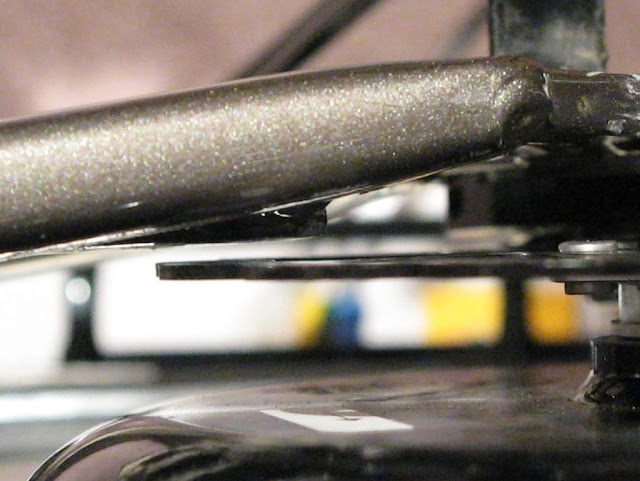 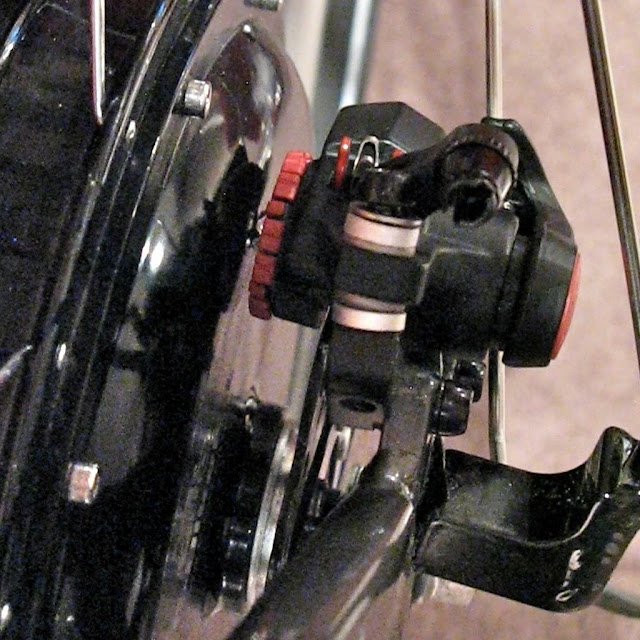 I took some photos of the clearance between the disc rotor and the support brace on the S-750 frame. It's tight, but certainly wide enough to easily clear the frame. Because of the less rigid structure (less material) in the 160mm rotor vs. the 180mm rotor, I put another washer in between the frame and the motor/rotor to allow for just a bit more clearance. I realized that there might be some deflection in the rotor when the brake is applied so thought it wise to adjust the spacing.