Connecting a Cycle Analyst SA to a Tidalforce iO

This is actually a DrainBrain model power analyzer from ebikes.ca, however, it is identical to the basic functions of the Cycle Analyst. The model I'm using is the "Stand-alone" unit which has a calibrated shunt (resistor) connected at the end of a long cable so that the LCD can be placed near your line-of-sight and the shunt placed near the battery and controller.

I decided to mount my spare DB/CA to my Tidalforce iO bike since it was just sitting around. I found a very convenient connecting point near the rear dropout. TF conveniently connected the front hub battery to the rear motor through an Anderson Powerpole (APP) connector. I simply disconnected the Anderson and inserted the shunt into this location. The shunt has two pairs of APPs. One marked "Battery" and the other marked "Controller." It couldn't be much simpler. The DB/CA also has a speed sensor which is a magneto pickup and magnet that you attach to the front wheel. This allows the DB/CA to calculate your power usage per mile. Very handy.

Here's the DB mounted on the iO handlebar. 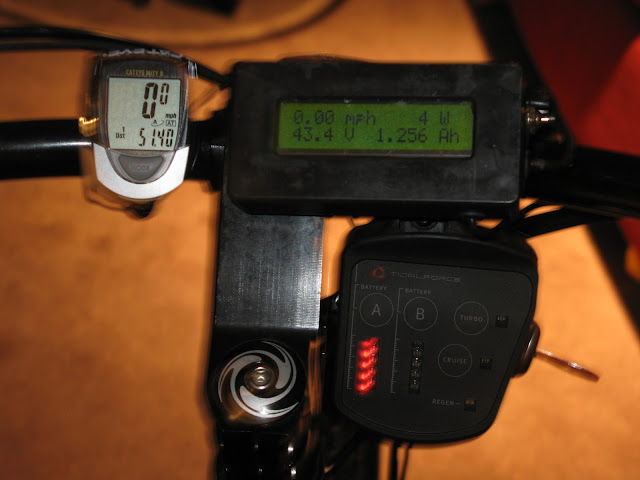 Here's the connection point and the very nice neoprene velcro cover that TF supplied with the bike. 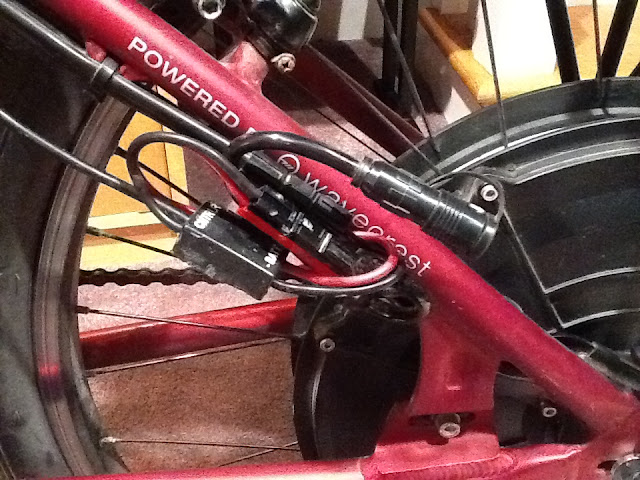 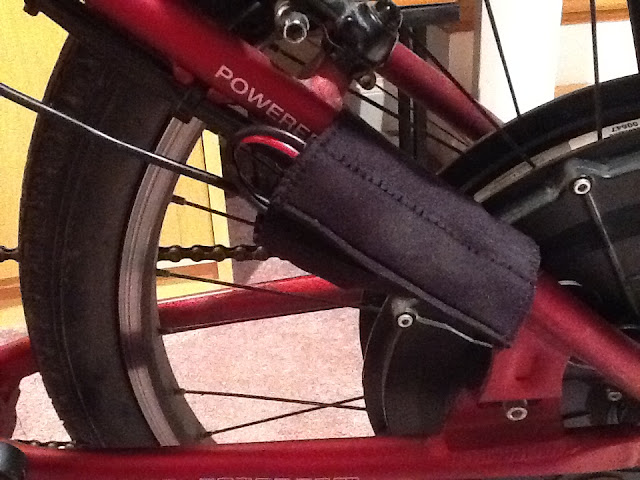