I am in contact with Narayan on the TF forum who is trying to revive a Tidalforce M750 bike that has a dead front hub motor. His first thought was to replace the front hub. He contacted LEVT and they are asking $700 for fixing his front hub which is to replace the 36V 9AH NiMH cells. He decided to go with an external "B" battery and wanted to know what was involved in adding the jumper inside the controller in order to enable the "B" pack.

Since I'm about to replace the front hub of my TF iO Cruiser, I thought I'd open the controller and take a look. I also thought that I had jumper wires (JST jumpers) which may just fit the connector on the controller. I took the controller apart last night and took some photos of the inside. The connectors are quite small and are smaller than the JST jumpers so we'll have to go with the Digikey connector and pins.

Here's the Tidalforce console outside and in!

The console is very easy to dismount from the handlebars. There's one medium sized Phillips head screw to remove. The retaining nut seemed to be captive so it just stayed on the mount. If you look carefully between the two sets of wires going to the console, there's a small white plug which is inserted from the inside with the larger flange sitting inside the case. This white plug will probably fall out when you take the back cover off. Keep track of this plug since it acts as a seal to help prevent water leakage into the console! The screws holding the back cover on are very small. I had to use my jewelers screwdrivers in order to remove them. There are 5 to keep track of. 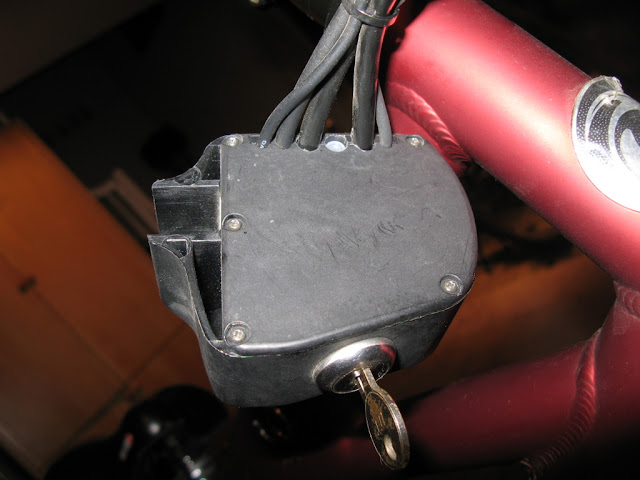 Here's the inside of the console. It's pretty well packed with small wires. The "B" battery jumper is right in the middle of the action. It should be fairly easy to move the wires from the "A" connector and pop on the "B" connector with the jumper in place. 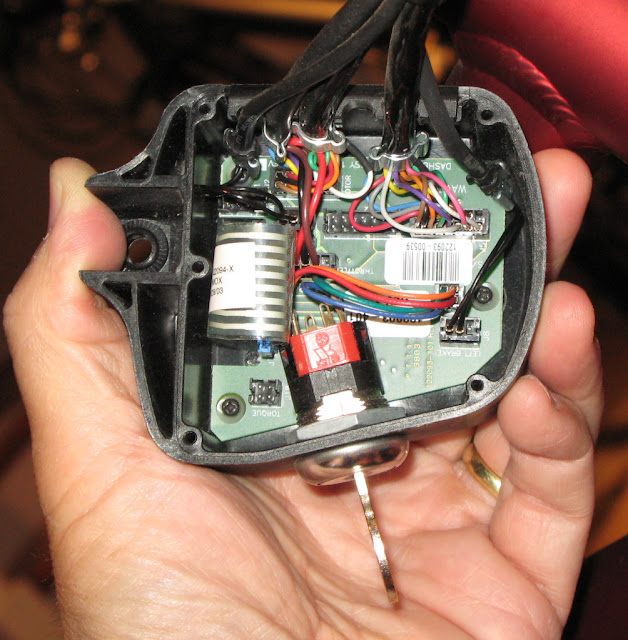 Here's the circuit board for the console that I've had for a while from the TF forum showing where the connectors are. There's also a photo of the jumper for a non-WaveCrest battery! 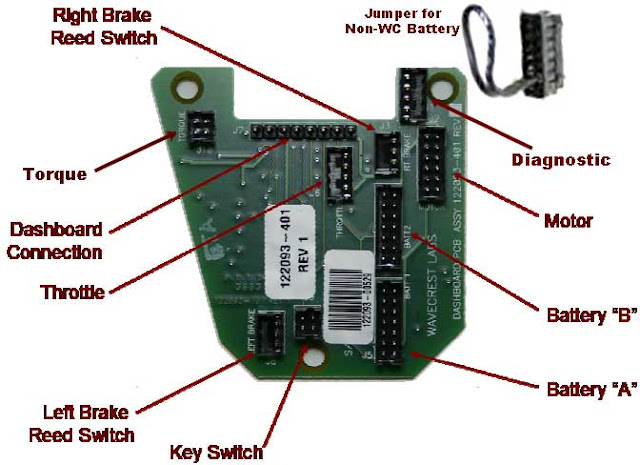 Here's the console back on the bike now at the right angle awaiting the "B" connector with jumper! 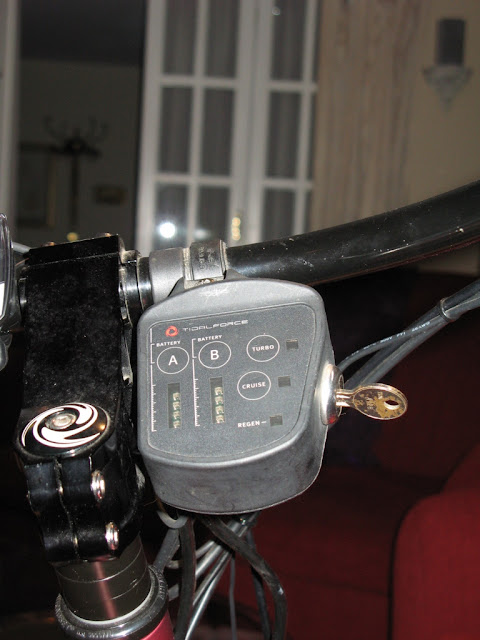 More later,
Ambrose
Posted by AmbroseLiao at 11:58 AM