Placement of the Wavecrest B Battery

I wanted to move my battery setup from it's current location on the rear rack to a lower and more balanced position closer to the center of gravity (CoG) of the bike. I've always felt that my current setup was a bit front light and back heavy. In fact, if I'm not careful with the throttle, I can almost pop wheelies if I gun it.

I plan on using the Wavecrest B battery on my bike and I strapped it on to see how it looks. It doesn't look too bad! 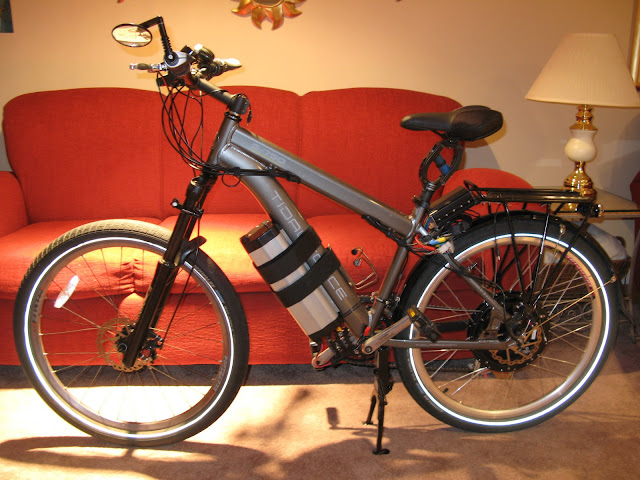 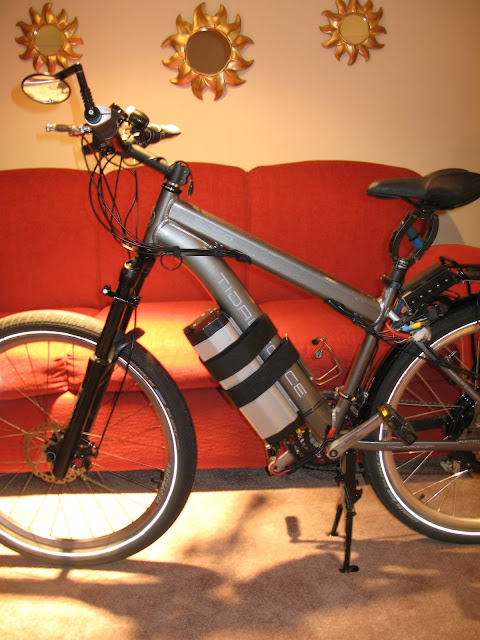 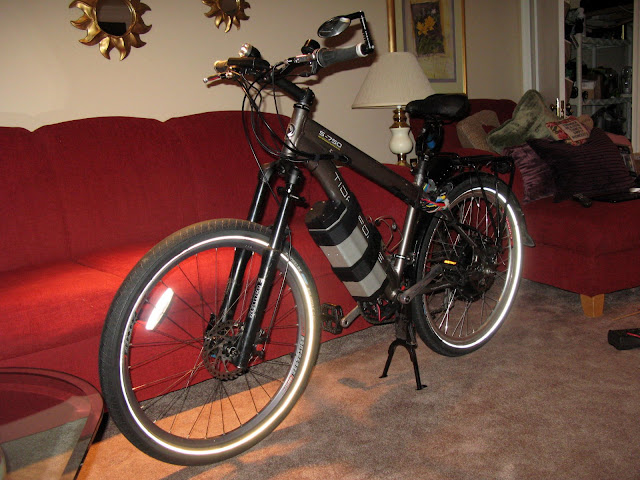 I used the Velcro Velstrap bands that I use to hold my Topeak MTX rear bag to strap the B battery in place temporarily. It's great that the B battery is fairly waterproof. The cable coming out of the case has a waterproof grommet that it goes through and the other connector at the top end here also has a waterproof cover. The two plastic halves need to have some sort of water resistant material placed between it and the case, but that should be too challenging. Here's the B battery closeup. 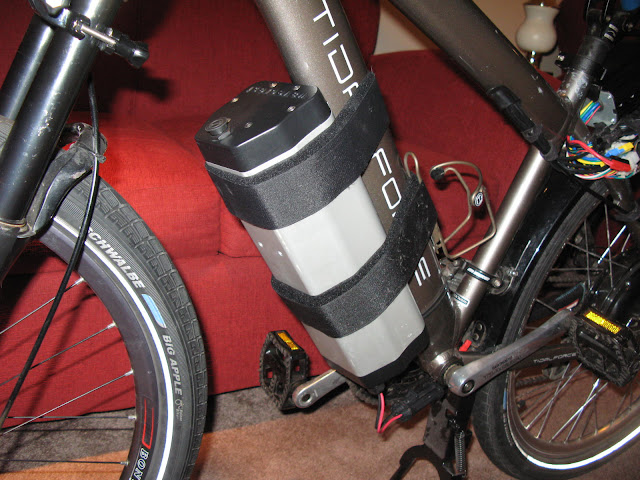 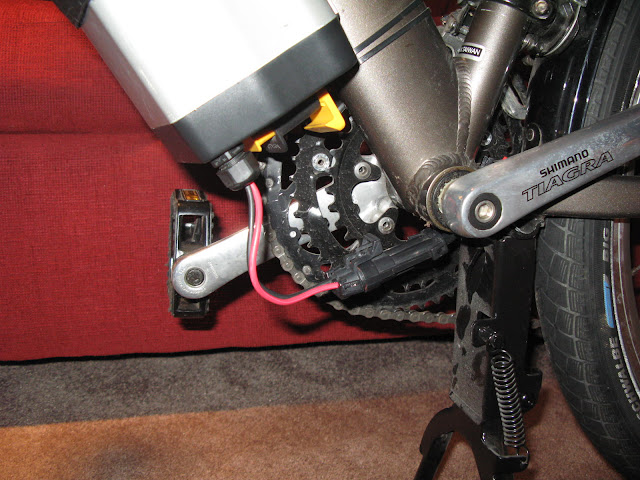 Here's how the power output would be routed through the frame. The bottom bracket area has an opening that's just right for the cable. I may shorten the cable so it isn't so long. I need to measure the interior cavity to see if it's possible to load it up with LiPO batteries instead of the much bulkier NiMH packs.