I found a used original West Mountain CBA for an irresistible price on the web so grabbed it before it was gone! It arrived today. I've wanted one for a long time. This will replace my YPedal inspired LBD (light bulb discharger). The CBA is a computer based device that allows you to visually capture the capabilities of your batteries. It doesn't matter what chemistry or power rating. It has a built-in fan and large heatsink as well as a USB port to interface with the Windows XP based computer. I'm mostly Mac based at home, but do have a small XP based Sony VAIO Netbook as well. I will try this out some other time, but have it on hand in case I need it! 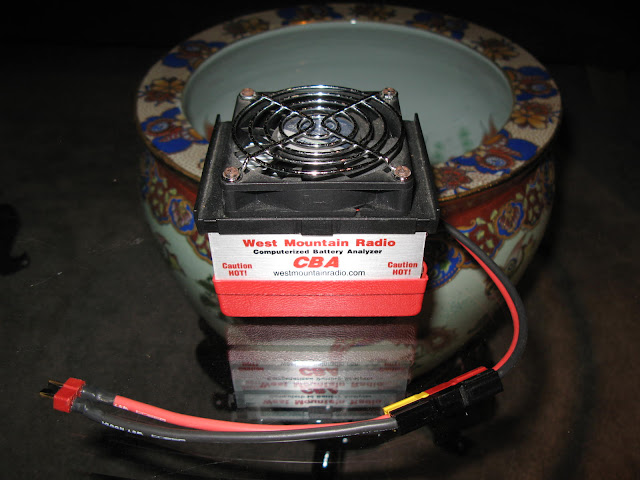 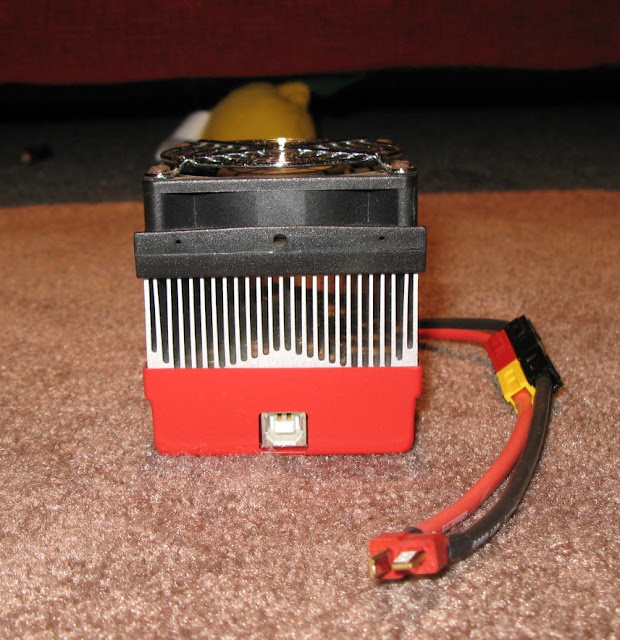 The USB port side 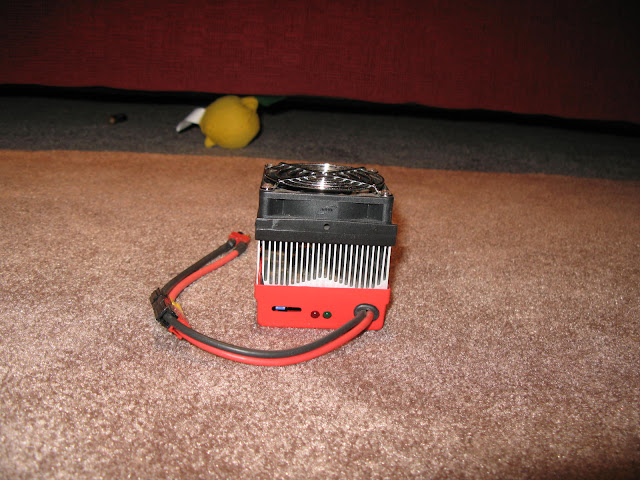 The LED side. As you can probably guess. It's a fairly chunky, but small unit. 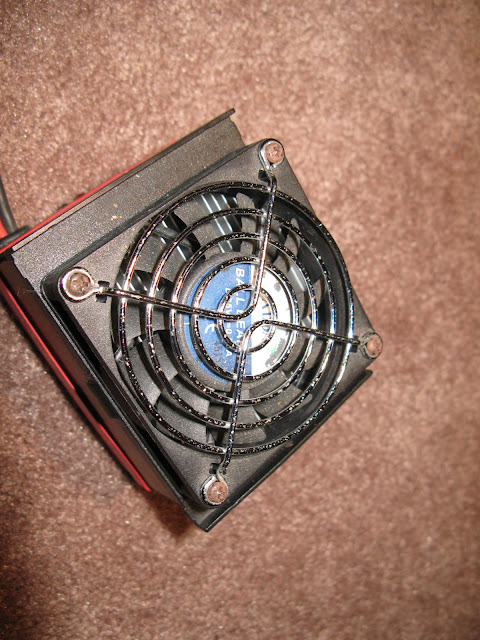 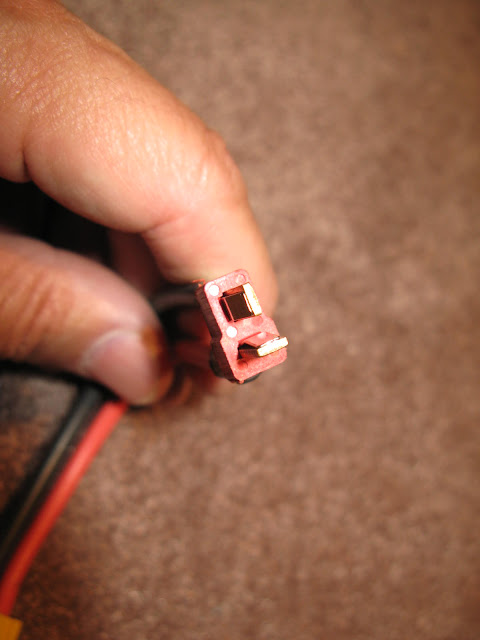 The Deans connector (I think). 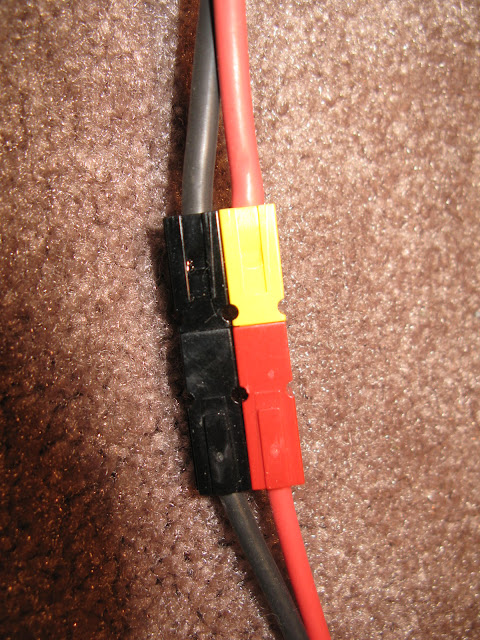 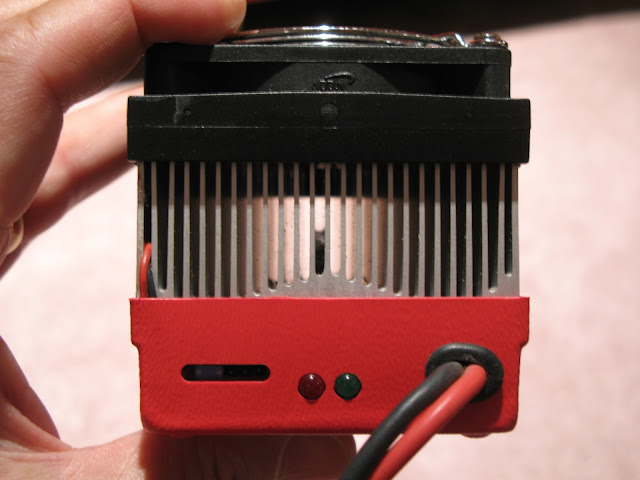 The heat sink is ventilated through to both sides.

More later.
Ambrose
Posted by AmbroseLiao at 2:04 AM